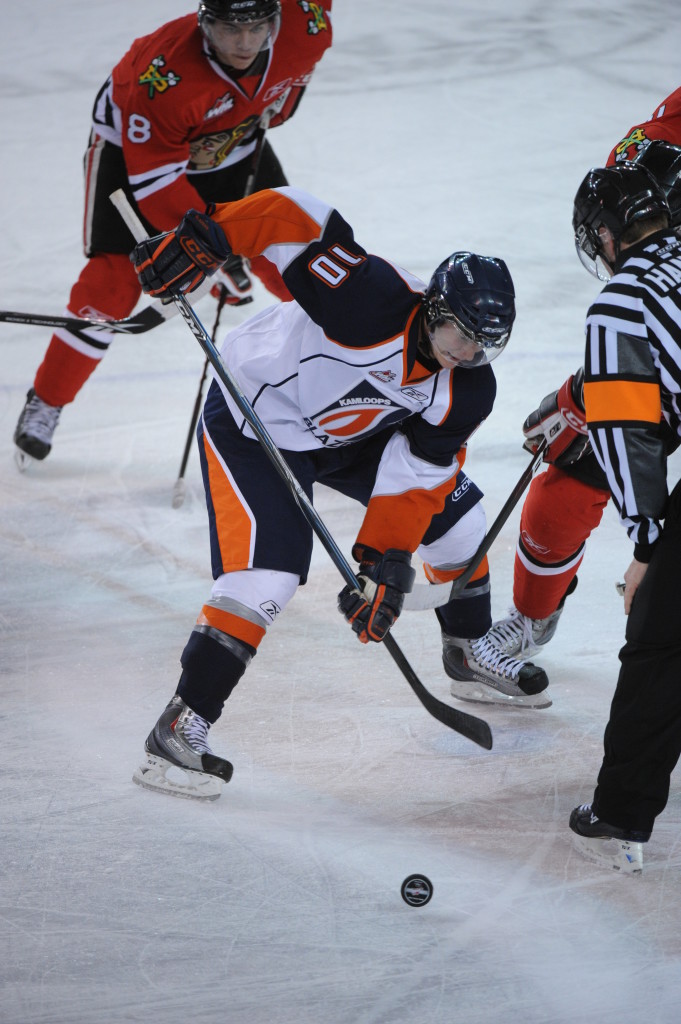 Kamloops, BC – The Kamloops Blazers have announced their captains for the 2010-11 season. Chase Schaber, a 19-year-old forward who was acquired from the Calgary Hitmen in January, will serve as the team’s captain this season. Schaber is into his fourth WHL season and was part of a Hitmen team that went to the WHL final in 2008-09. He has played 170 games with the Hitmen and Blazers collecting 29 goals and 73 points.

Four players will join Schaber and wear letters on their chest. Bronson Maschmeyer, who was an alternate captain in the second half of last season, will continue to wear an “A”.

Corey Fienhage, the 20-year-old defenseman who came to the Blazers from the NCAA North Dakota Fighting Sioux, will also be an alternate captain for the season.

“As soon as Chase joined our hockey club, his leadership skills were evident,” Head Coach Guy Charron stated. “Bronson, Corey, Jordan and Austin also have been fantastic in the dressing room and will do a terrific job in complementing Chase as our captain,” Charron concluded.