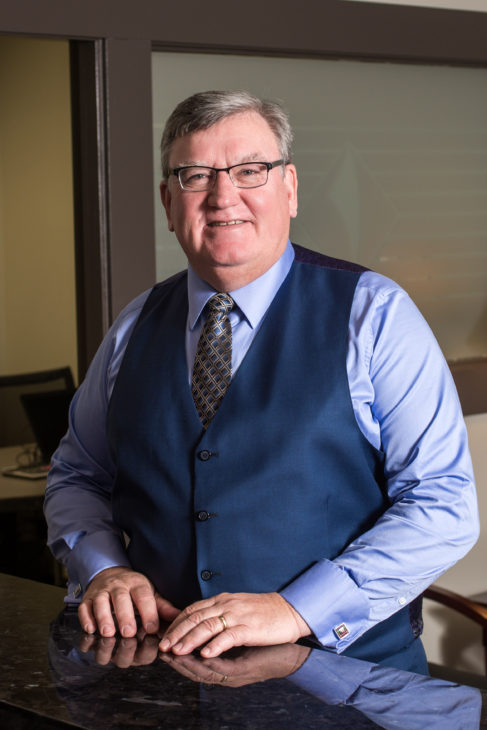 Norm is excited to be a part of this new Advisory Board assisting with the Kamloops Blazers as the Chairman of the Advisory Board.

Norm has been a business owner in Kamloops since 1991.  Volunteering has been one of his passions.  Giving back has allowed Norm the opportunity to meet so many great people and establish some great business relationships.  Previous volunteering experiences include co-chair of the 2016 Women’s World Hockey Championship, volunteer chair for the 2014 Tim Hortons Brier and the local media chair for the World Junior Hockey Championships, the president of the World Curling Championships as well as the president of the Canada Cup of Curling Society.

Norm has also coached Baseball & Hockey. He was fortunate to have had the opportunity to be a director for the Kamloops Blazers Hockey Team, the Kamloops Blazers Sports Society as well as the secretary treasurer for the TRU Foundation.  Also, during 2012 he led a successful campaign to complete the construction of the indoor training facility for Kamloops Minor Baseball.

From his involvement in the community, he has been a recipient of the Kaizen Award from Sport BC for Innovative Leadership, Community Service Award from the Institute of Chartered Accountants of BC, the Pioneer Spirit Award from the Kamloops Mayor and City Council, the Kamloops Chamber of Commerce Business Person of the Year Award. 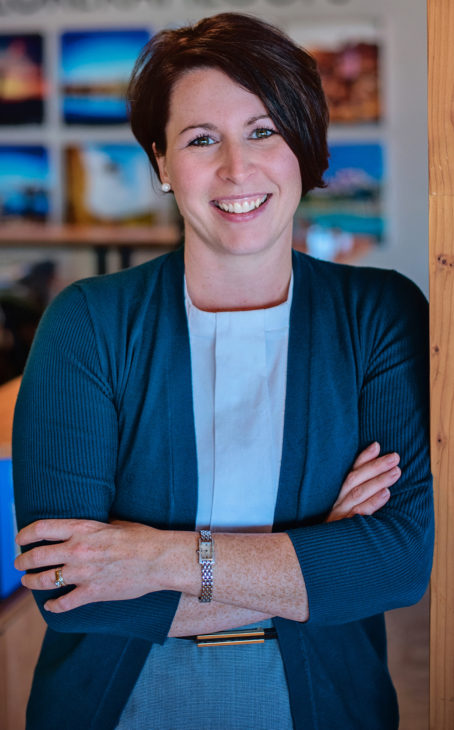 A passionate advocate and leader in Kamloops’ tourism industry, Monica Dickinson is the Director, Industry Relations and Communications for Tourism Kamloops.  With over 15 years’ experience, Monica is a key advisor to Tourism Kamloops’ senior management and Board of Directors.  Responsible for developing, leading and executing strategy related to building strong and meaningful relationships with tourism stakeholders, Monica works with community partners to support business development and facilitate destination growth, success and sustainability.  Monica provides proactive and strategic direction in the development and execution of the corporate communications strategy, including destination media and public relations and acts as one of the official spokespersons for Tourism Kamloops.

Monica has worked as a collaborative advisor and liaison on various tourism and event development projects in and around the Kamloops region and is inspired by collective synergies and dynamic partnerships.

Monica and her family – husband Harry and children Eva and Schaffer –  are blessed to work, live and play in Kamloops.  Monica is actively involved in playing and coaching volleyball, and enjoys exploring in an around Kamloops on foot, on bike or on skis. 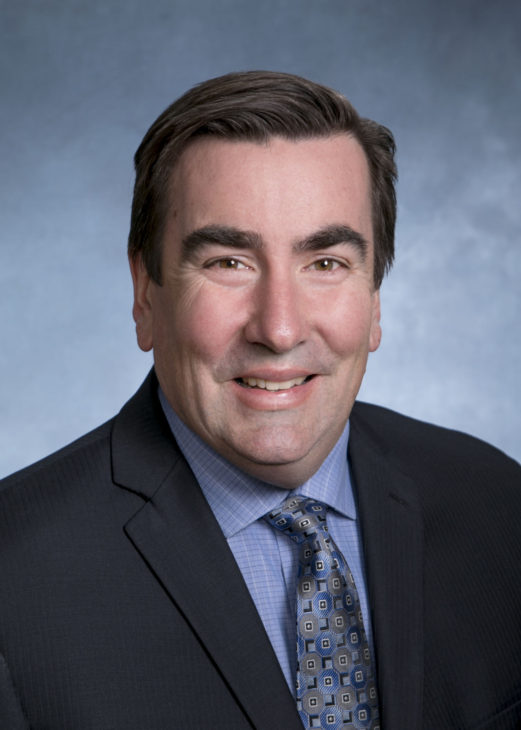 Steve holds a Bachelor of Commerce Degree in Tourism Management from the University of Calgary.  After completing his Degree, Steve spent three years in Nagano, Japan working as a high school English teacher with the Prefecture Board of Education.  He worked closely with the volunteer program in preparation for the 1998 Nagano Winter Olympics.

Steve is a proud supporter of the Kamloops Blazers and believes strongly in the many benefits the Blazers bring to the community.  He recognizes the positive impact that sport and in particular the Blazers can have in defining a strong and healthy future for Kamloops. 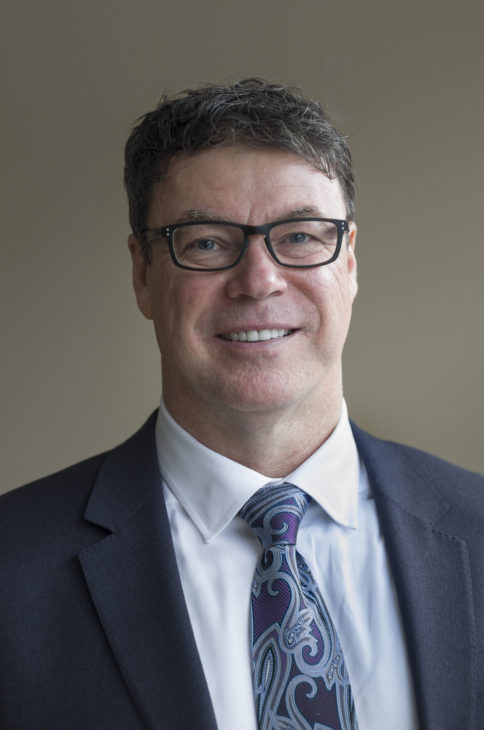 Yves is proud to be joining the Kamloops Blazers Advisory Group.

Yves spent over 27 years with the Royal Canadian Mounted Police and he retired as Superintendent of the police detachment in Kamloops in 2013. Yves has been the head of the security for the Western Hockey League since 2013.  He has a true passion for Kamloops having volunteered for many non-profit organizations including Board Member with the local Big Brothers Big Sisters, The Thompson Nicola Cariboo United Way and a local Rotary Club.  He was the Chair of the United Way campaign in Kamloops for two years.  Yves has a true passion for hockey and has been involved with the Kamloops Blazers since moving to Kamloops.  His hobbies include travel, fitness, hockey, golf and spending quality time with friends and family.  He is married to Christina and they have two sons aged 21 and 19. 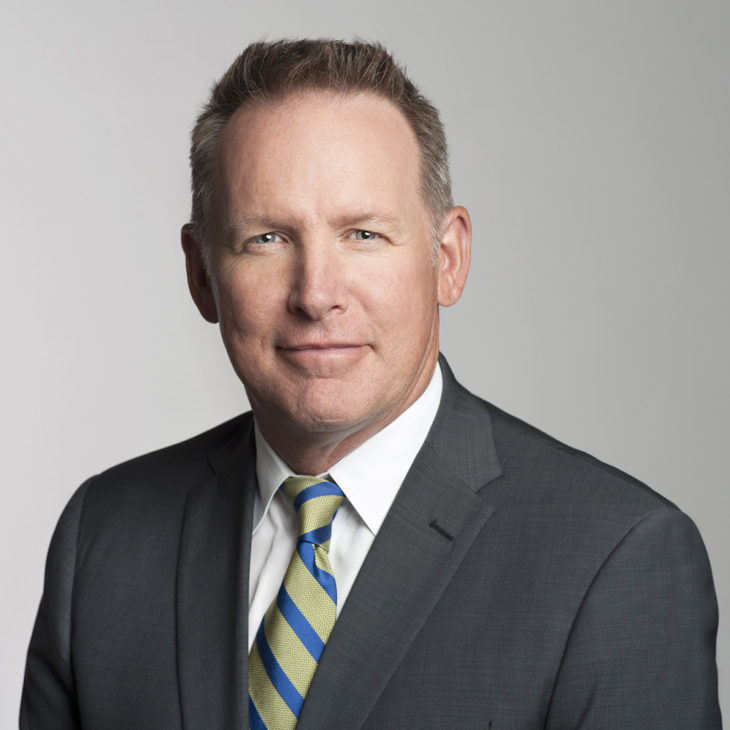 Jim Lightbody is the President and Chief Executive Officer of BCLC. He held the role on an Interim basis since January 30, 2014 and was officially appointed as President of the corporation on March 31, 2015.

Over the past 14 years, Jim has also served as Vice President of Lottery Gaming and Vice President of Casino and Community Gaming. He has provided leadership and direction in strategy, marketing and product development as well as operational
responsibility for the provision of products, services and support for players and business partners.

Prior to joining BCLC, Jim held a wide range of responsibilities in the retail and hospitality industries with companies such as Procter & Gamble, Nabob Foods, BC Hot House and Sun Rich Fresh Foods. This has instilled in him a keen sense of creating value for customers through innovation and partnering with key stakeholders in the delivery of the customer experience.

Jim holds a Bachelor of Commerce degree from the University of British Columbia with a major in marketing. He sits on the Thompson Rivers University School of Business and Economics Advisory Board and also volunteers as the Chair of the Board of Trustees of the BC Sports Hall of Fame, and the Chair of the BC Horseracing Management Committee. 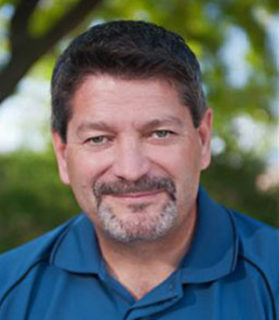 Byron McCorkell is the Director of Parks, Recreation, Culture and Sustainability for the City of Kamloops.  He has been working in the field of Parks and Recreation since 1989 and served as a Director for the Cities of Yorkton and Kindersley in Saskatchewan.  Active in the community, Byron served as a Coach in Football, Soccer and as a Liaison and City Representative on a number of community events; Saskatchewan Winter and Summer Games 1990, 1994 and 2000, the 2006 BC Summer Games, 2011 Western Canada Summer Games, 2010 World Master Indoor Athletics Championships, 2013 CCA Men’s Brier, 2014 NACAC Athletics Championships, and 2014 Four Nations Cup Women’s Hockey and 2016 Ice Hockey World Women’s Championship.

He was chair of the BC Games Society for the past three years and held the position as President of the Saskatchewan Parks and Recreation Association from 1996-97.  As an athlete and a member of the University of Saskatchewan Huskies Football team, Byron was named a CIAU All Canadian in Football in 1988.  He was part of the Men’s Track and Field Team and on the 1987 CIAU Canadian Men’s Championship Team for Shot Put.  Byron holds a Bachelor of Arts in Geography and a Bachelor of Physical Education from the University of Saskatchewan. He has been married to Cindy for 25 years and has three daughters named Saralyn, Brielle and Caet. 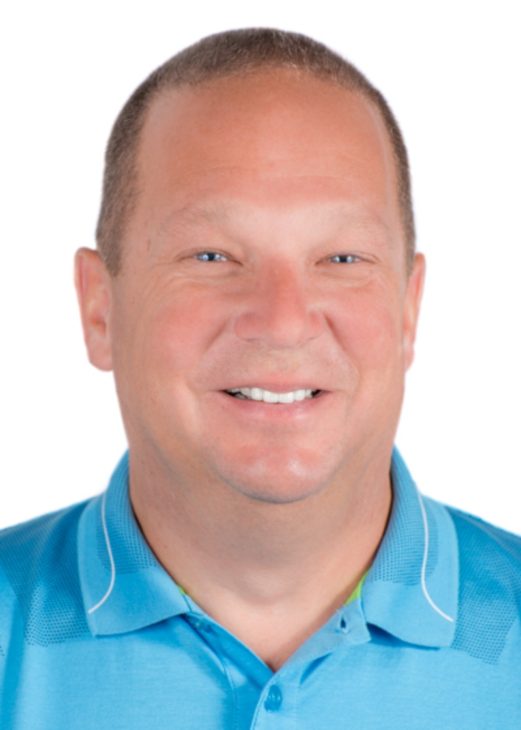 Rob is married to his wife Niki and they have four children. He has been a passionate Kamloops Blazers Hockey fan since moving to the city as a sponsor of the team and a loyal season ticket holder. Rob attends all the home games when he is in Kamloops. He is very excited to be a member of this unique advisory group and plans to bring the Blazer Experience to the NEXT LEVEL. 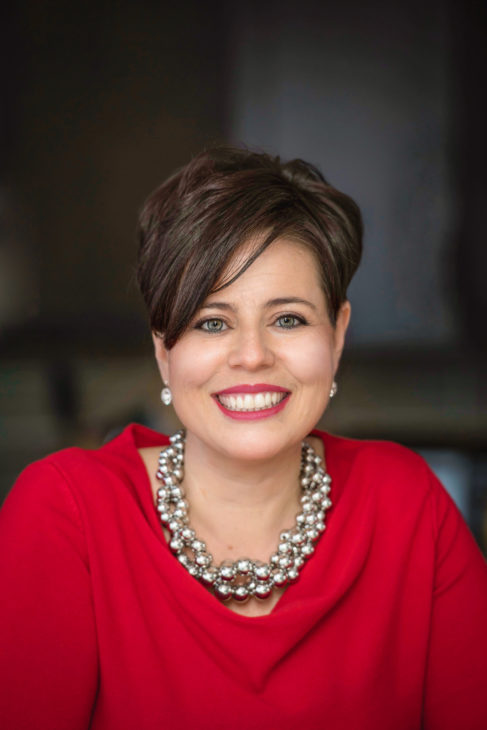 Niki Remesz is the founder and owner of Uniquely Inspired Marketing (2003), an all-embracing marketing and consulting organization, that provides clients with unique strategies and solid solutions.  Niki, through her company, delivers exceptional quality and authentic strategies, meant to inspire and ensure, tangible results to all her clients.

In 2013, Niki was the recipient of the City of Kamloops’  Distinguished Service Award.  Since receiving that honor, Niki continues to be an enthusiastic supporter of arts, culture, and education. Community driven, Niki served as the President of the 2018 BC Winter Games (Feb 22-25), she is the past Chair of the Thompson Rivers University (TRU) Alumni & Friends Association (2009 – 2016), provides mentorship to numerous TRU business students, is a dedicated volunteer to Western Canada Theatre (since 2007) and she currently sits as the Vice Chair of the Kamloops Arts Commission (since 2015).  As an accredited CAAWS (CAAWS.ca) facilitator, Niki furthers her passion of excellence in sport, as a facilitator of leadership advancement of women and sport and physical activity.

Niki, her husband Steve and their teenage son Mason, enjoy an active lifestyle, engaging in Nordic and downhill skiing, golfing, running, and curling.   In addition to sport, Niki can always be seen supporting and enjoying a multitude of cultural events in Kamloops.   Go Blazers! 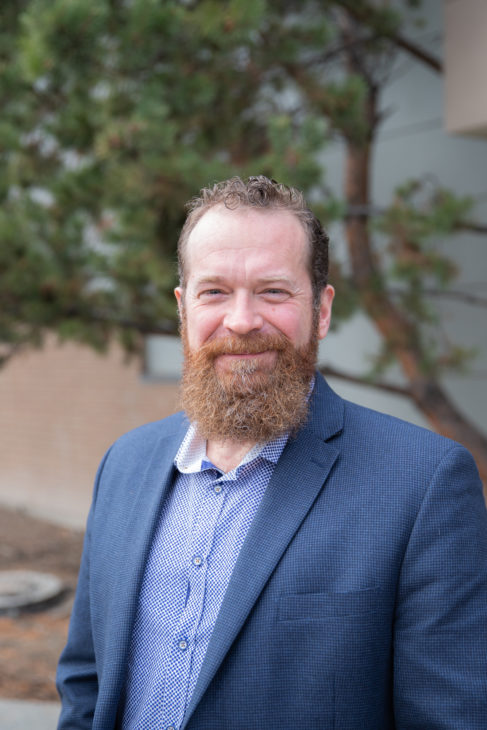 While at the University of Ontario Institute of Technology, in 2011, Matt received the annual CMA Creative Leadership Award for his role in the transformation of Oshawa’s downtown core through the development of a full-service campus for the University. He was also one of 40 executives selected in Canada to participate in KPMG’s Community Shift leadership development program in 2012.

Matt has been active in the community coaching youth football both in Oshawa (Oshawa Hawkeyes) and in Kamloops for the Kamloops Broncos (Kamloops Community Football Society).  He’s also a huge supporter of the TRU Wolfpack.  In addition, Matt volunteers at the Kamloops United Way on the Community Impact Fund Council, as a Director for BC Net (Board Director and Chair of the Finance Committee), and as  Director for the TRU Community Trust.  Matt resides in Kamloops with his wife Heidi (Director of Graduate Programs for the School of Business & Economics at TRU), his daughter Liesl and his son Liam.  Matt is thrilled to be joining the Blazers Advisory Board.