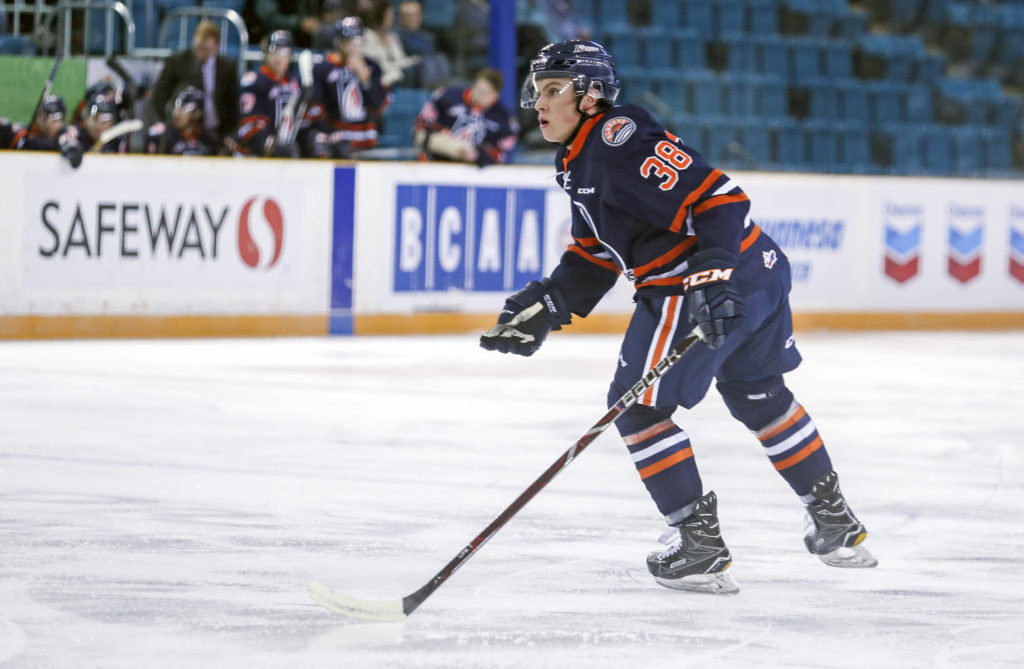 Kamloops, BC – The Kamloops Blazers have traded 17-year-old forward Keltie Jeri-Leon to the Lethbridge Hurricanes in exchange for a seventh round draft pick in the 2019 WHL Bantam Draft.

“We’d like to thank Keltie for his contributions and wish him the best of luck in Lethbridge,” commented General Manager, Stu MacGregor.

Jeri-Leon was acquired by the Blazers from the Tri-City Americans in October 2017 for a seventh round draft pick. In 21 games with the Blazers, the West Kelowna, BC native had a goal and two assists.

With the transaction, the Blazers roster is now at 22 players including 12 forwards, eight defensemen and two goaltenders.