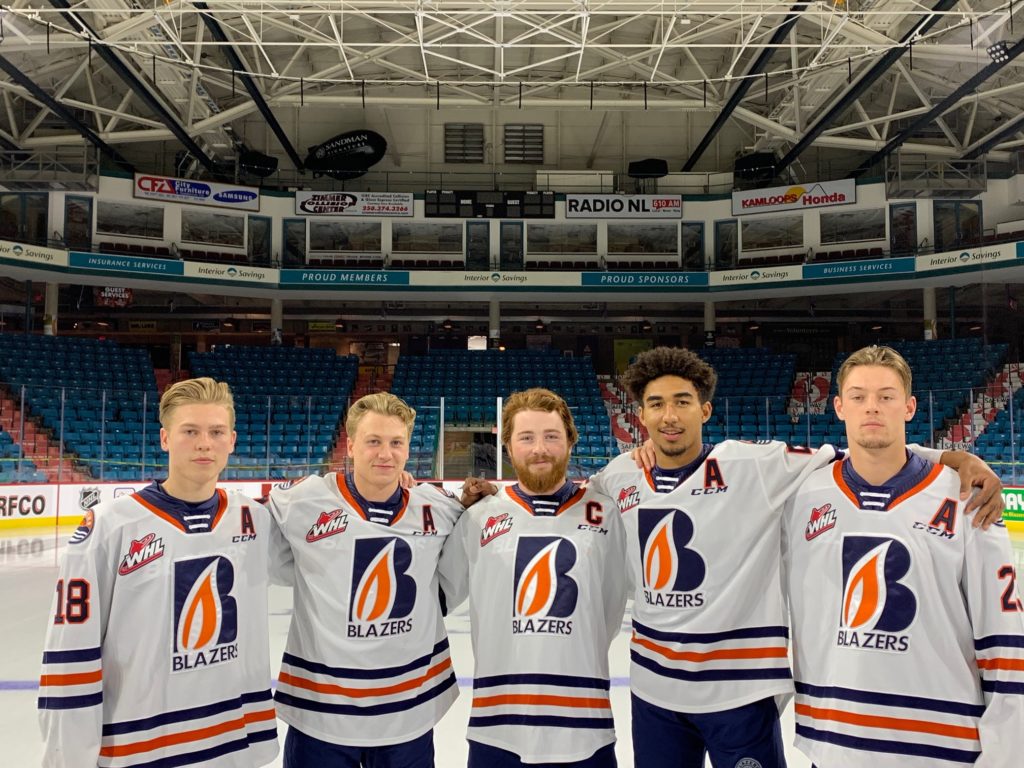 Kamloops, BC – The Kamloops Blazers announced their 2019-20 leadership group on Friday, September 20th in their home opener against Spokane.

Franklin is in his 20-year-old season and was acquired by the Blazers during the summer of 2018. The Marwayne, AB product led the Blazers in scoring during the 2018-19 season with 28 goals, 40 assists and 68 points.

Stuart is in his third season with the Blazers. The 19-year-old from Langley, BC had 38 points in 68 games last season and has played 144 games with the hockey club.

Zary is also in his third season with the Blazers. The 18-year-old was second on the team in scoring last season with 24 goals, 43 assists and 67 points. He is eligible for the 2020 NHL Draft.

Appelt is in his third season with the Blazers and has played 116 games with the hockey club. The 19-year-old from Edmonton, AB was originally selected by the Blazers in the fourth round of the 2015 WHL Bantam Draft.

Onyebuchi was acquired by the Blazers in January 2018 from the Everett Silvertips. The 19-year-old defenseman from Dugald, MB has played 178 career with Everett and Kamloops and is in his fourth season in the WHL.