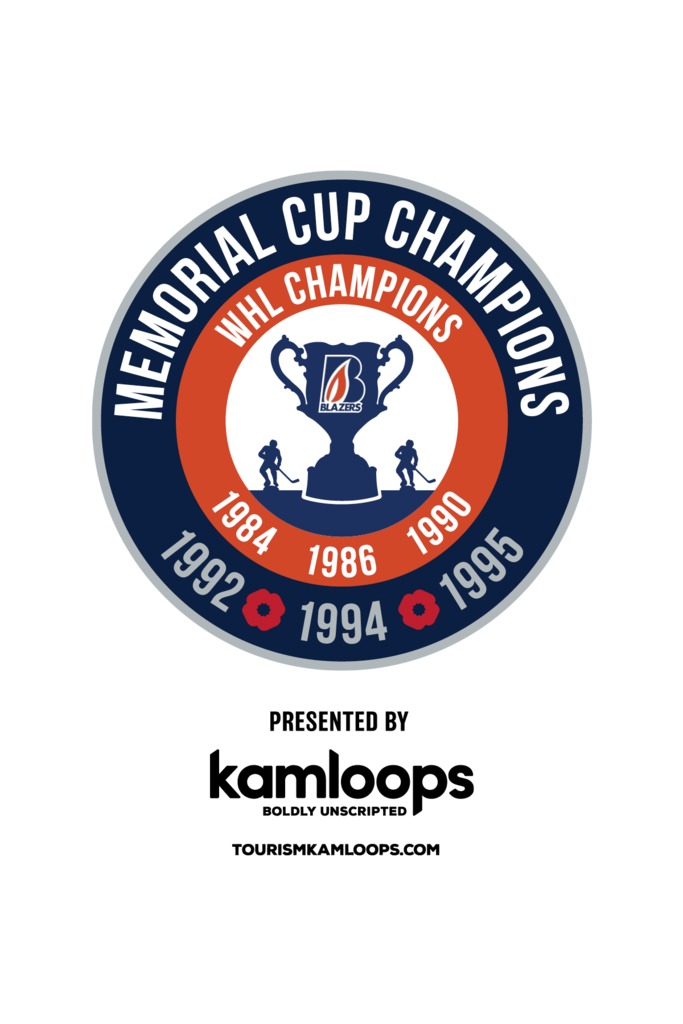 KAMLOOPS, BC November 18, 2019 – Tourism Kamloops has penned a deal as the presenting sponsor of the Blazers Memorial Cup and WHL Anniversary celebration, February 21 & 22, 2020 that kicks off with Gord Bamford’s #REDNEK Music Fest and invites Blazer Alumni to join in the celebration.  2020 marks the 25th anniversary of the Blazer’s last Memorial Cup win in 1995, winning three times in a span of four years.  Including the three other championship teams ’86, 90 and ’92, it makes the Kamloops Blazers the most winningest team ever.

“This community event excites our entire board,” says Tourism Kamloops board chair Steve Earl. “Winter is often a quieter time of year, so to partner with an epic event like this is a great opportunity for tourism and the Blazers are an important pillar in tourism.”

Saturday from 3-5pm, fans can meet Blazers Alumni including Bob Brown, Ken Hitchcock, Rob Brown, Greg Evtushevski, Tom Renney, Greg Hawgood, Shane Doan, Scott Niedermayer, Stu McGregor and more WHL greats!  It is expected to be the who’s who of Canadian Hockey.  Fans can get autographs, and have their photo taken with the Memorial Cup and Digger.

Saturday night is game night. The Kamloops Blazers faceoff against the Calgary Hitmen at 7pm.  There will be pre-game opening ceremonies recognizing returning coaches and players.  It is expected to be a sold-out game.

For more information about the Kamloops Blazers Memorial Cup & WHL Anniversary, and an up to date list of returning Blazer Alumni visit www.blazerhockey.com.