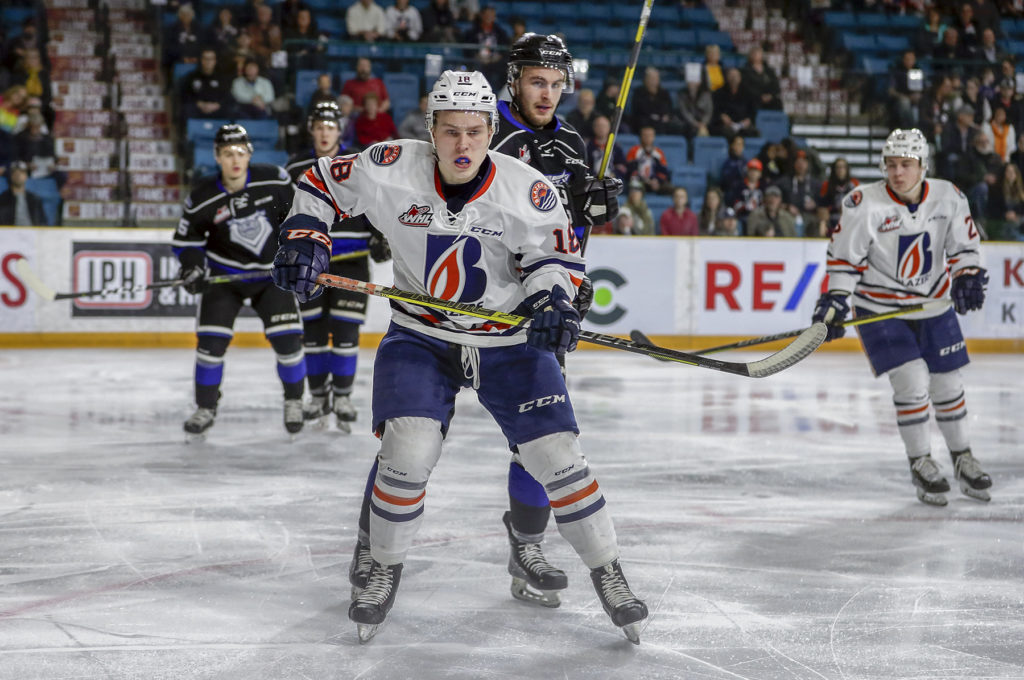 Kamloops, BC – The Kamloops Blazers 68-game season schedule has been released for the 2019-20 regular season. The Blazers will kick off the season with three games in three nights as they host the Spokane Chiefs in their home opener on Friday, September 20th and play games in Seattle and Portland on September 21st and 22nd.

The hockey club will play three games in three nights on four occasions. They will play 33 games in the first half of the season and 35 games after the Christmas break.

Here are a few schedule notes:

–       The annual Teddy Bear game will be on Saturday, November 30th vs. Portland Winterhawks

–       The Blazers will host two afternoon games on Monday, November 11th vs. Kelowna and on Monday, February 17th vs. Victoria