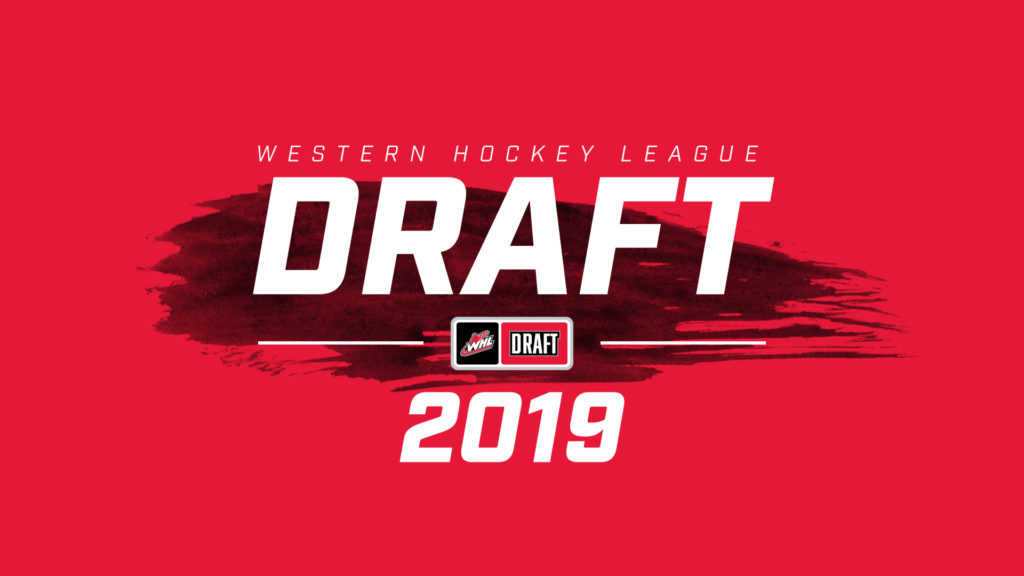 Beginning Thursday, May 2 at 8:30 a.m. MT, the first round of the 2019 WHL Bantam Draft will be streamed live at WHL.ca and a complete live draft tracker will be available at WHL.ca/draft throughout the day.

Regardless of the stage you’re at in your hockey career, opportunity knocks Thursday, May 2 in Red Deer, Alta. at the 2019 WHL Bantam Draft.

For general managers and scouts in the WHL, many of whom have had their own name selected many moons ago, Thursday represents a chance to pick up a can’t-miss player or bolster their depth for a future run at the Ed Chynoweth Cup in coming years. It’s also an opportunity for players to take the next step in their development with their eyes also shifting to a future NHL Draft down the road.

“There’s going to be a lot of guys that are important parts of championship teams here in the future.”

With the Winnipeg ICE holding the first-overall selection, they’ll face a big decision in the team’s future. Having used their first draft choice on a forward for three-straight seasons, 2018 saw them break from that streak by selecting highly-touted defenceman Carson Lambos from Winnipeg, Man. While Albertan Matthew Savoie has made a strong case for being this year’s top selection, the ICE could find success in the province of Manitoba once more with forward Conor Geekie.

The Strathclair, Man. product has deservedly turned heads as well in what is expected to be a strong year for the eastern-most of the Western provinces. Recording 86 points (49G-37A) in 31 games with the Yellowhead Bantam AAA Chiefs, Geekie also represented his province at the 2019 Canada Winter Games, coincidentally held in Red Deer earlier this year.

Another Manitoban who could see his name called early on is defenceman Denton Mateychuk. With the Eastman Bantam AAA Selects, Mateychuk proved his offensive-mindedness with 61 points (23G-38A) in 36 games.

“Manitoba is going to have a great draft,” added Hodder, noting that a couple of their goaltenders could sneak into the first round as well.

The ICE will begin their provincial rivalry with the Brandon Wheat Kings at the draft. Having selected the likes of Nolan Patrick, Stelio Mattheos, Tanner Kaspick, and Ty Lewis among many others in previous years, the Wheat Kings have developed a reputation for their ability to draft and develop talent from within their provincial borders. With three first-round selections to bolster their roster for years to come, the Wheat Kings are primed to build the core of future championship contenders.

Inside their provincial borders, the Prince George Cougars have a wide array of talent they’ll be able to select from with the second and fourth overall picks.

The province of British Columbia is led in this year’s draft class by Burnaby Winter Club captain Brandon Lisowsky, a game-changing forward who scored at better than a goal-per-game pace while playing to a 1.88 point-per-game in the Canadian Sport School Hockey League’s Bantam Prep Division.

“Every game I saw he had at least one breakaway; sometimes he had several in one game,” continued Hodder. “He’s a smaller guy, but he’s gritty, plays the game hard.”

In Saskatchewan, Hodder has his eye on forward prospects Nolan Flamand and Carter Dereniwsky. Both spent the 2018-19 season in the Saskatchewan Midget AAA Hockey League, Flamand with the Saskatoon Blazers and Dereniwsky with the Yorkton Maulers respectively. While they weren’t among the league’s top scorers, both impressed as underage talents in the league.

“It’s an incredibly difficult league to play in,” said Hodder. “Both of those guys could be a first-round pick.”

Last year, the attention was deservedly placed upon how the draft would reflect in the Central Division. Getting featured last among the divisions is a representation of how good their teams fared in the regular season with a competitive field down the final stretch.

Even with brief glimpses of the players selected by the division’s six teams, there was a strong turnaround in the short term with those clubs. As a result, the Central Division will still make six picks in the first round, but won’t pick until 11th overall when the Calgary Hitmen make their first of two first-round selections. That will begin a string of four consecutive selections for the division though, with two more picks following in 18th and 21st overall.

The talent level remains high in Alberta with Savoie and others this season. Northern Alberta has more draft-eligible talent with Mayerthorpe’s Koehn Ziemmer available for the choosing. The OHA Bantam Prep forward recorded 76 points (37G-39A) in 29 games and produced at better than a point-per-game pace in the playoffs. Noted for his ability to read the play on the ice while possessing an above-average shot.

As some teams look to build their prospect pool for the coming years, there’s double — and even triple — the hope and draft fun for teams. As of Tuesday night, six teams controlled 13 of the selections. In addition to the three possessed by the Wheat Kings, two first-round choices are possessed by the ICE, Cougars, Hitmen, Swift Current Broncos and Kamloops Blazers to make for an interesting top 22 selections.

Even with the consolidating of selections at the top, Hodder was confident the draft would benefit all teams regardless of position.

With all years though, many players will hear their name called while others won’t, no doubt a tough part of the process. For those who go undrafted, the possibility to be listed still exists for every player of age. Having seen the likes of Shea Weber, Jarome Iginla, Jamie Benn, and Jake Bean go through the undrafted route, Hodder reinforced that while the draft was special, it is one day in the development process that takes years.

“The draft doesn’t determine the of player you are; you do,” said Hodder. “If you are drafted, congratulations. It’s a big accomplishment, it’s an honour. If you aren’t drafted; use it. Come to training camp and be the best player.”

2019 WHL BANTAM DRAFT 1st ROUND ORDER OF SELECTION
Following is the order of selection for the first round of the 2018 WHL Bantam Draft: