BAIROS AND SPENCER ADDED TO ROSTER 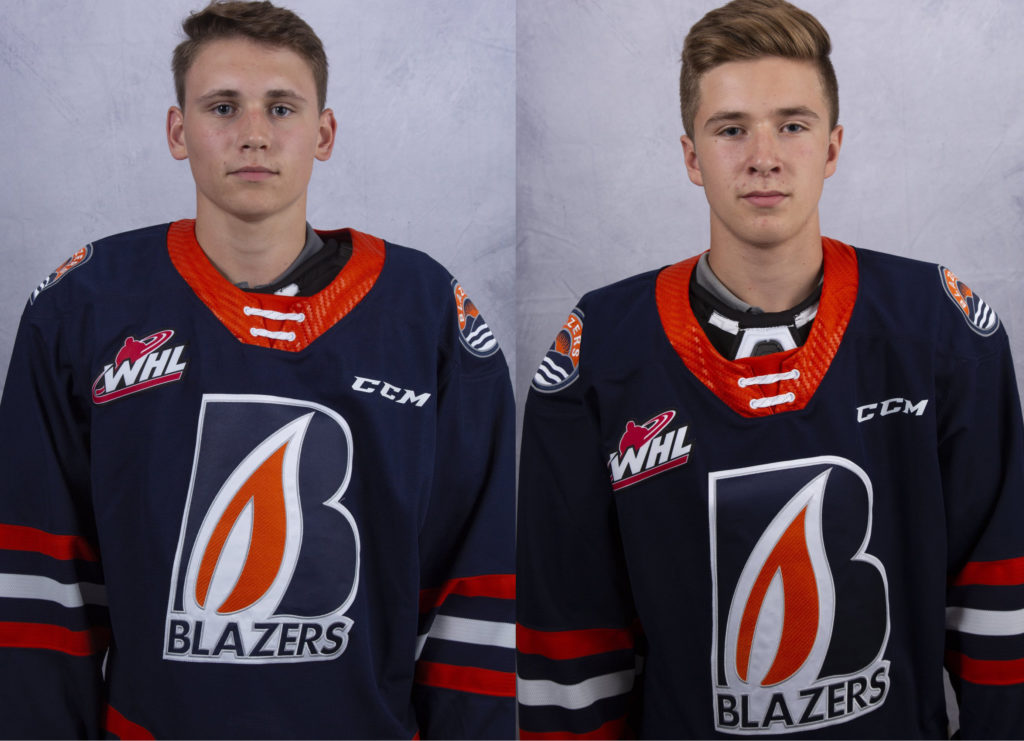 BAIROS AND SPENCER ADDED TO THE ROSTER

Kamloops, BC – The Kamloops Blazers have added 16-year-old defenseman Logan Bairos and 15-year-old forward Tye Spencer to the roster for the week.

Bairos was the Blazers second round pick in the 2018 WHL Bantam Draft. He is playing this season with the Saskatoon Contacts and has five goals, 15 assists and 20 points in 25 games.

Spencer also plays with the Contacts and has five goals, four assists and nine points in 16 games this season. He was a third round pick in the 2019 WHL Bantam Draft.

Both players are expected to make their WHL debuts on Tuesday, December 10th against Moose Jaw.

BANKIER PICKED BY MINNESOTA IN 3RD ROUND
5 days ago