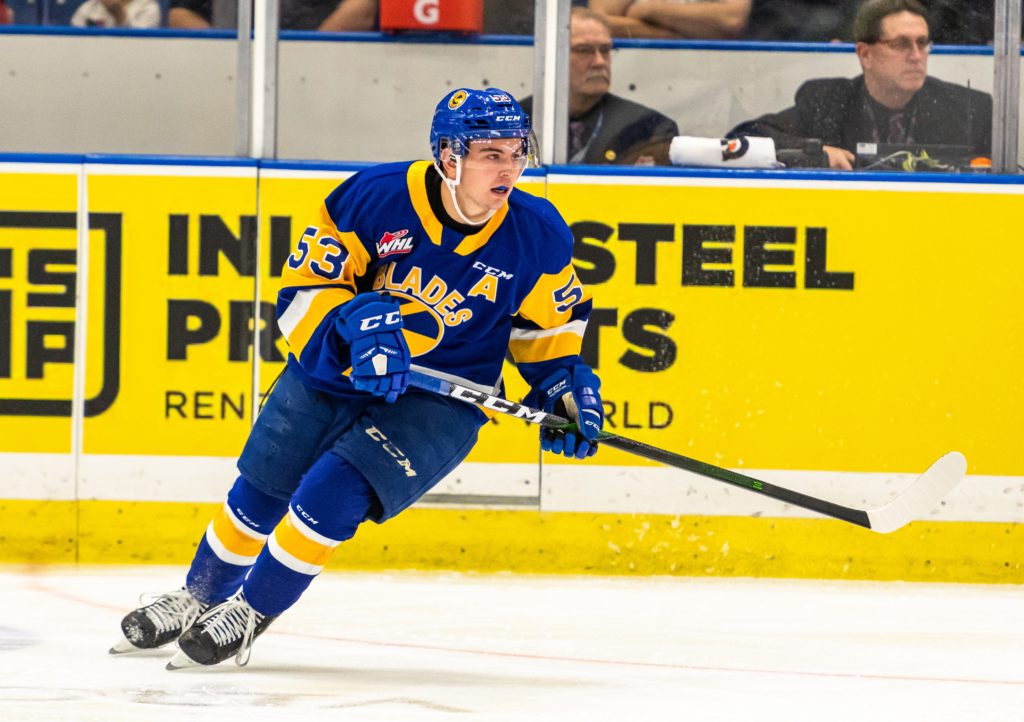 “We are excited to add Ryan to our lineup,” said Bardsley. “He is a dynamic forward who will add to a strong group of forwards we have this year in Kamloops. His ability to distribute the puck and finish, combined with his speed and sense of the game, makes him dangerous every time he is on the ice.”

Orchard played in 41 games with the Blazers during the 2018-19 season and had a goal and two assists. He is currently with the Merritt Centennials of the BCHL, but will be joining the Blades.

“This trade also allows Jerzy an opportunity to play in the WHL and close to home.  We thank Jerzy for his time in Kamloops and wish him all the best going forward,” said Bardsley.

With the transaction, the Blazers roster is now at 24 players including 15 forwards, seven defensemen and two goaltenders.