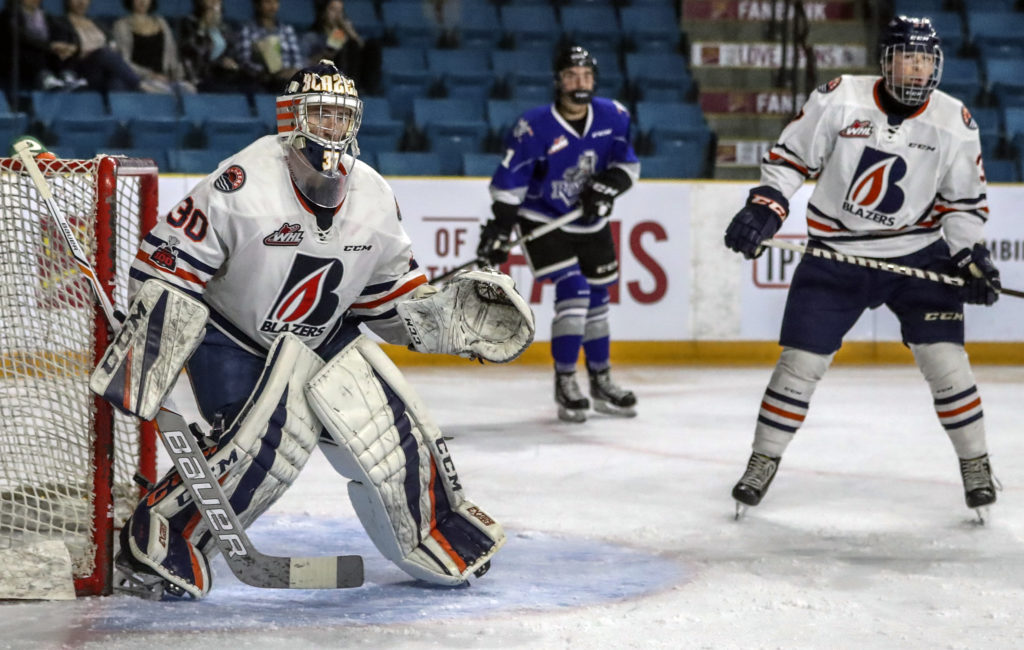 Kamloops, BC – Kamloops Blazers General Manager Matt Bardsley announced today that the hockey club has sent 18-year-old goaltender Max Palaga to the Everett Silvertips in exchange for a sixth round pick in the 2020 WHL Bantam Draft.

Palaga has played in five games this season with the Vernon Vipers of the BCHL and has a 2-2-0-0 record with a 1.77 goals against average and a .943 save percentage.

“This trade will give Max an opportunity to continue to play at the WHL level. We’d like to thank Max for everything he has done as a Kamloops Blazer and wish him all the best in Everett,” commented Bardsley.

Ramsay has played in six games with the Humboldt Broncos of the SJHL and has a 4-2-0-0 record with a 3.03 goals against average and a .923 save percentage.