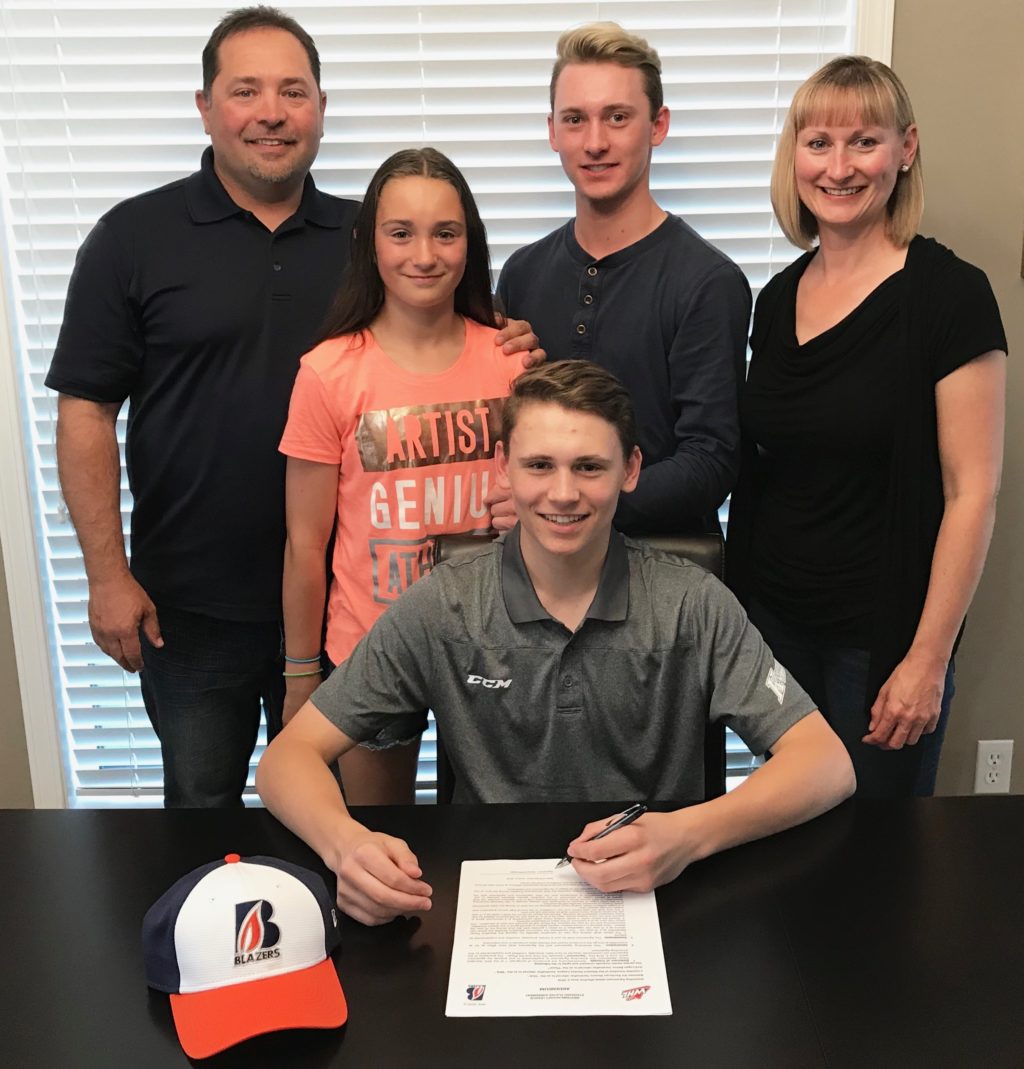 Bairos was selected by the Blazers in the second round, 27th overall in the 2018 WHL Bantam Draft on May 3rd.

The Saskatoon, SK native and right shot defenseman, played this past season with the Saskatoon Stallions in the Saskatchewan Bantam AA league and posted 15 goals, 27 assists and 42 points in 31 games.

“We are excited that Logan has committed to the Kamloops Blazers organization,” commented Bardsley. “His skating ability, to join or lead the rush, and the skill to make quick plays makes him dangerous in transition. That same skating ability also enables him to defend against the rush. We feel he is the modern day defenseman and look forward to watching his game develop while in Kamloops.”

Bairos was among 23 prospects that participated in the annual Prospects Camp in Kamloops June 1st to 3rd.

The 5’10” and 150lb defender is also on the shortlist for Team Saskatchewan for the 2019 Canada Winter Games in Red Deer, AB

He will be back for fall training camp in August and is expect to play with the Saskatoon Contacts of the Saskatchewan Midget AAA Hockey League in the 2018-19 season.

The Blazers have now signed their top two picks from the 2018 WHL Bantam Draft after the hockey club announced the signing of forward Logan Stankoven earlier this week.
For ticketing information, please contact Jim or Missy at 250-828-1144 or by email at jchoppen@blazerhockey.com or mcederholm@blazerhockey.com.