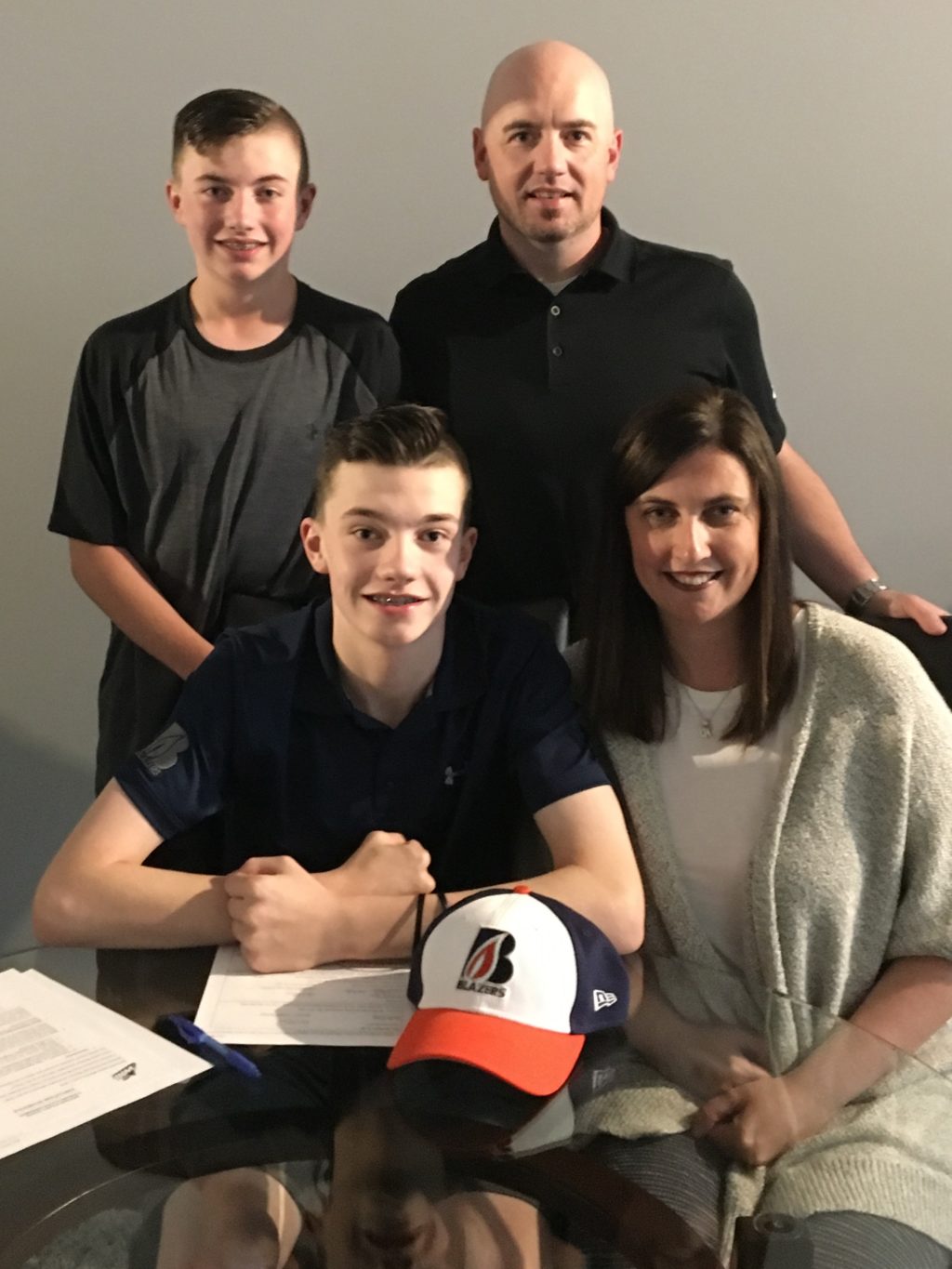 The Blazers chose Bankier 49th overall in the third round of the 2018 WHL Bantam Draft in May.

Bankier is from Surrey, BC and played this season with the Burnaby Winter Club Bantam Prep team. In 30 games this season, he had 16 goals, 12 assists and 28 points.

“As an organization we are excited that Caedan has committed to play for the Kamloops Blazers,” commented Bardsley. “He is a complete two way center who has the ability to hang on to pucks while in traffic areas. His combination of vision, passing ability and a strong understanding of the game will enable him to be a key contributor to our team. We look forward to continuing to watch his game develop while in Kamloops.”

Bankier was among 23 prospects that participated in the annual Prospects Camp in Kamloops June 1st to 3rd.

He will play this upcoming season with the Burnaby Winter Club Midget Prep team.

The Blazers have now signed their top three picks from the 2018 WHL Bantam Draft as Bankier joins Logan Stankoven (first round) and Logan Bairos (second round).