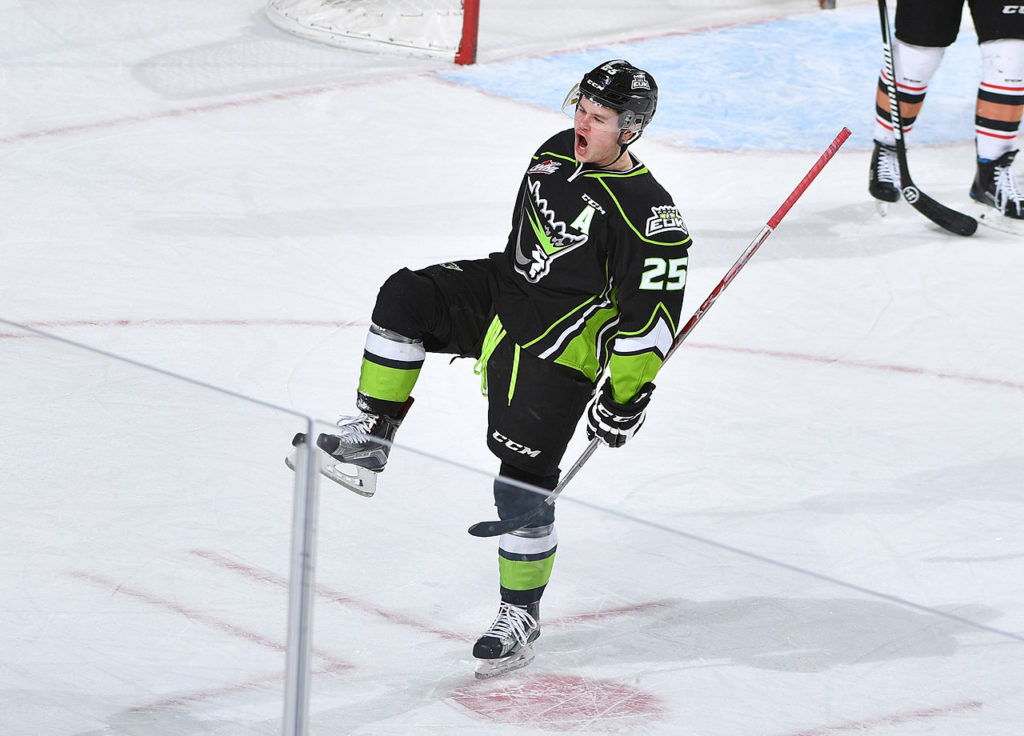 “Lane is an impact player that will be a significant addition to our hockey club as we enter the second half of the season,” commented General Manager, Stu MacGregor. “He is a leader, and a Memorial Cup Champion with the Oil Kings in 2014.”

“We believe Lane will add another offensive threat to our hockey club. He will be a great addition to our power play and will also be counted on to win faceoffs.”

The Blazers have also recalled 17-year-old defenseman Tylor Ludwar from the Regina Pat Canadians of the Saskatchewan Midget AAA Hockey League for the remainder of the 2016-17 WHL season.

Ludwar was the captain of the Pat Canadians. The 6’1” and 190lb native of Regina has 14 goals and eight assists for 22 points in 20 games this season.

“We think Tylor is ready to step in and contribute to our hockey club,” said MacGregor. “We’d like to thank the Regina Pat Canadians for their cooperation in allowing us to add Tylor for the rest of the season.”

With the addition of Lane Bauer, the Blazers now have four 20-year-olds on their roster, which includes Matt Revel who is on the injury list. The Blazers will have until January 10th to get down to three 20-year-olds.

For ticketing information, please contact Ticketing & Promotions Coordinator, Missy Cederholm by phone at 778-471-8068 or by email at mcederholm@blazerhockey.com. For pricing information, follow this link.