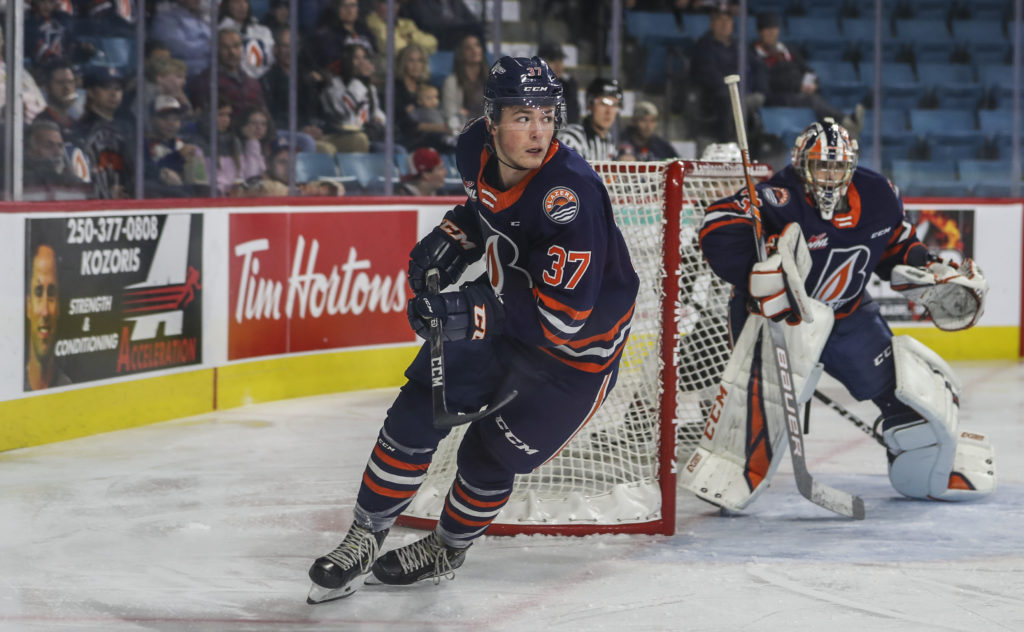 TREVOR THURSTON SENT TO LETHBRIDGE FOR A 3RD ROUND PICK

Kamloops, BC – General Manager Matt Bardsley announced today that the hockey club has traded 17-year-old defenseman Trevor Thurston to the Lethbridge Hurricanes in exchange for a third round pick in the 2021 WHL Bantam Draft.

Thurston was originally selected by the Blazers in the fourth round of the 2017 WHL Bantam Draft. The 6’2” and 185lb native of Delta, BC was pointless in nine games with the hockey club.

“It is tough to move a young player like Trevor, but with the depth that we have on defense this move will allow him an opportunity to play regularly in Lethbridge,” commented Bardsley. “We thank him for his time in Kamloops and wish him all the best going forward,” said Bardsley.

With the move, the Blazers roster now sits at 23 players including two goaltenders, seven defensemen and 14 forwards.