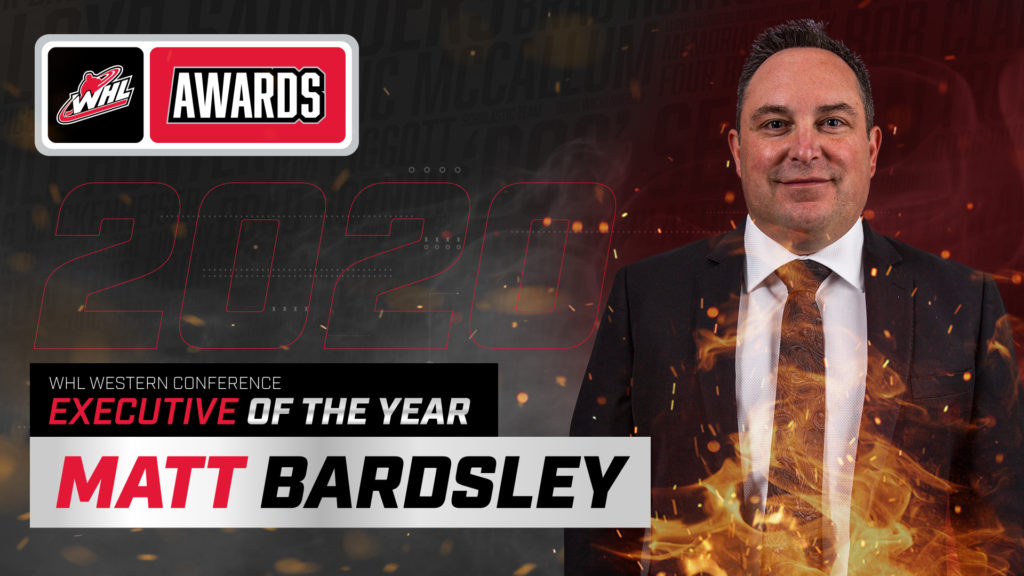 In his second full season as a WHL General Manager, Bardsley oversaw a Kamloops Blazers roster that claimed its first B.C. Division title since 2012, earning a record of 41-18-3-1 through 63 games.

Bardsley executed a number of moves to improve his roster for the 2019-20 WHL season. Adding forward Ryan Hughes and defenceman Max Martin from the WHL’s East Division, the pair played key roles in the Blazers attaining the fifth-best record in the WHL this season. Bardsley then bolstered his defence at the 2020 WHL Trade Deadline, acquiring Libor Zabransky from the Moose Jaw Warriors to provide a stronger veteran presence down the stretch.

Bardsley also saw the previous acquisition of forward Zane Franklin, his first trade as General Manager in the summer of 2018, come to fruition as the Marwayne, Alta. product captained the team and was fourth in WHL scoring with 91 points (29G-62A). Noted for his acumen in identifying and developing talented players, Bardsley is ensuring a bright future in Kamloops for the Blazers.

The Lloyd Saunders Memorial Trophy honours a WHL Club Executive for their contributions to their team’s overall performance on and off the ice during the WHL Regular Season.

WHL Eastern and Western Conference Executives of the Year are voted upon annually by WHL General Managers and Head Coaches. The winner of the Lloyd Saunders Memorial Trophy for WHL Executive of the Year will be announced on Friday, May 8.