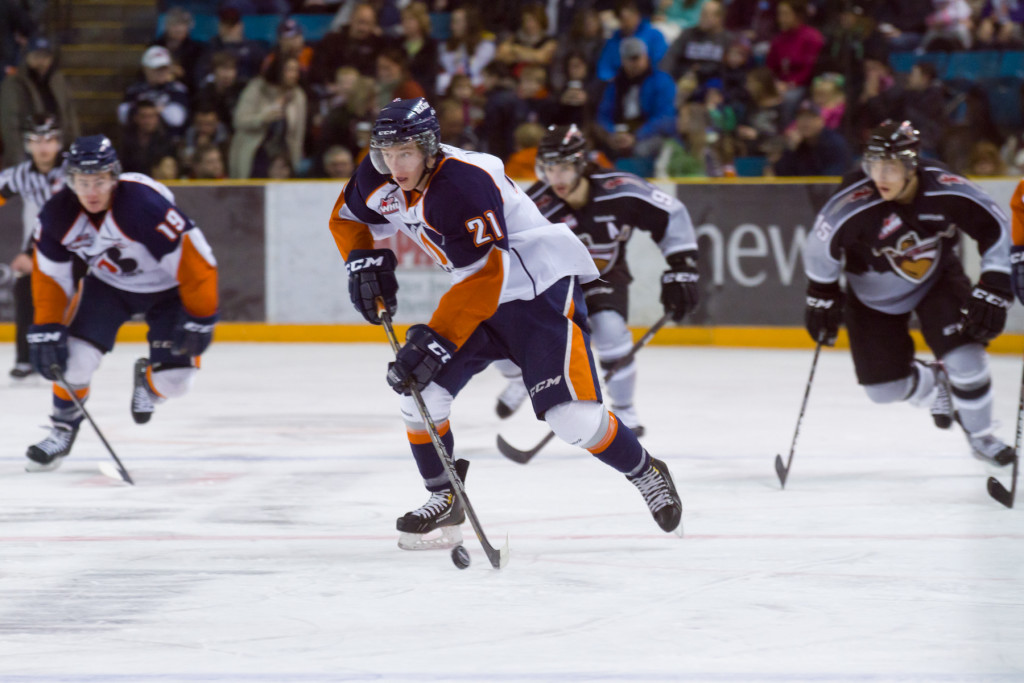 Brendan Ranford scored the game winning goal 10 seconds into the hockey game as the Blazers cruised to a 6-0 victory in Vancouver Friday night. JC Lipon forced the puck deep in the Giants zone off the opening faceoff. He created a turnover and fed Ranford for his 18th goal of the season and an early 1-0 lead. The Blazers made it 2-0 shortly after as Chase Souto fired a shot on goal that found its way through goaltender Payton Lee. The Blazers were up 2-0 only 1:42 into the game. The Blazers outshot the Giants 11-5 in the first period.

In the third period, the Blazers just cruised along as they controlled the game from the start. Cole Ully added a goal and the Blazers went on to win 6-0 over the Giants for their 41st win of the season. Cole Cheveldave recorded his fourth shutout of the season making 24 saves.

The Blazers had four players with multi-point nights as Brendan Ranford finished with a goal and two assists, Cole Ully and Colin Smith each had a goal and an assist, and Joe Kornelsen had two assists.

The Blazers finished the night 1-for-5 on the power play and were 7-for-7 on the penalty kill. The Blazers now head south to Spokane for a date against the Chiefs tomorrow night.