BLAZERS FALL TO PATS IN REGINA 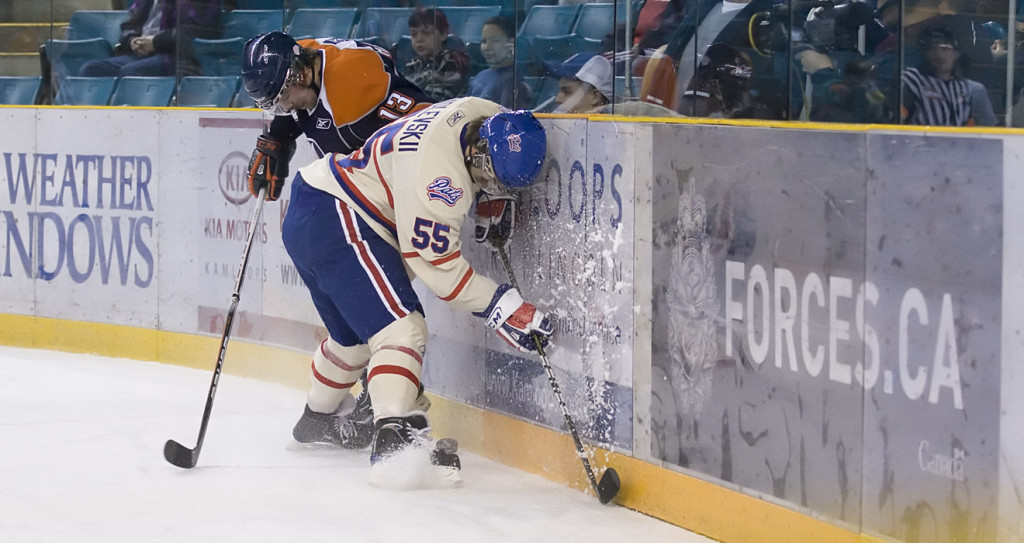 The Blazers had nothing going for them in Regina as they fell 8-4 to the Pats Sunday evening. Dylan Willick opened the scoring on the power play. Brendan Ranford gave it to Logan McVeigh who fed Willick for the 1-0 lead. The Pats tied it went a turnover ended up giving Jordan Weal a break and he beat Cheveldave. The game was tied at 1-1 through the first period.

It was a period to forget for the Blazers. The Blazers turned the puck over to Weal again and he converted shorthanded to make it 2-1. The Blazers capitalized on the power play as Colin Smith banged in a goal for a 2-2 tie. It was downhill from there as Colton Jobke made it 3-2 getting his stick on a rebound. Brandon Davidson then fired a shot past Cole Cheveldave for a 4-2 lead. The Blazers lifted Cheveldave in favour of Cam Lanigan. A miscommunication on the fifth goal occurred as Lanigan’s pass hit a Blazers skate and in for a 5-2 Pats lead. Davidson scored another with a point shot finding its way into the net. The damage ended with Weal getting his third goal of the game on the power play. Colin Smith did get one back, but the Blazers were down 7-3 after two periods.

The Blazers had pressure in the third period, and generated a goal as Tim Bozon batted a rebound in to make it 7-4. The Pats got another awkward goal late and the final score was 8-4. The Blazers outshot the Pats 36-33 in the game. Cam Lanigan took the loss in goal, while Adam Beukeboom won his first WHL game.

Next up for the Blazers is a game in Prince Albert on Tuesday night.