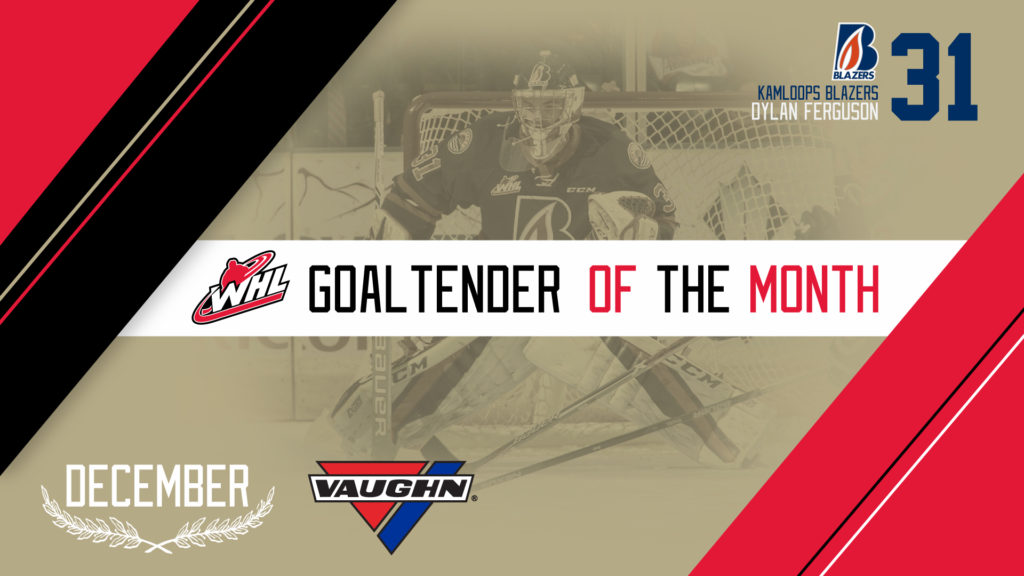 Calgary, AB – The Western Hockey League announced today that Kamloops Blazers goaltender Dylan Ferguson has been named the Vaughn WHL Goaltender of the Month for December 2016.

Ferguson, an 18-year-old product of Lantzville, BC, maintained a record of 6-3-0-1 during the month of December, with a stellar 2.44 goals-against average and .933 save percentage. On two occasions, Ferguson made more than 40 saves, including 47 stops on Friday, December 16, in a 5-3 loss at Medicine Hat as well as 46 saves on Wednesday, December 28, in a 5-1 win versus Kelowna. 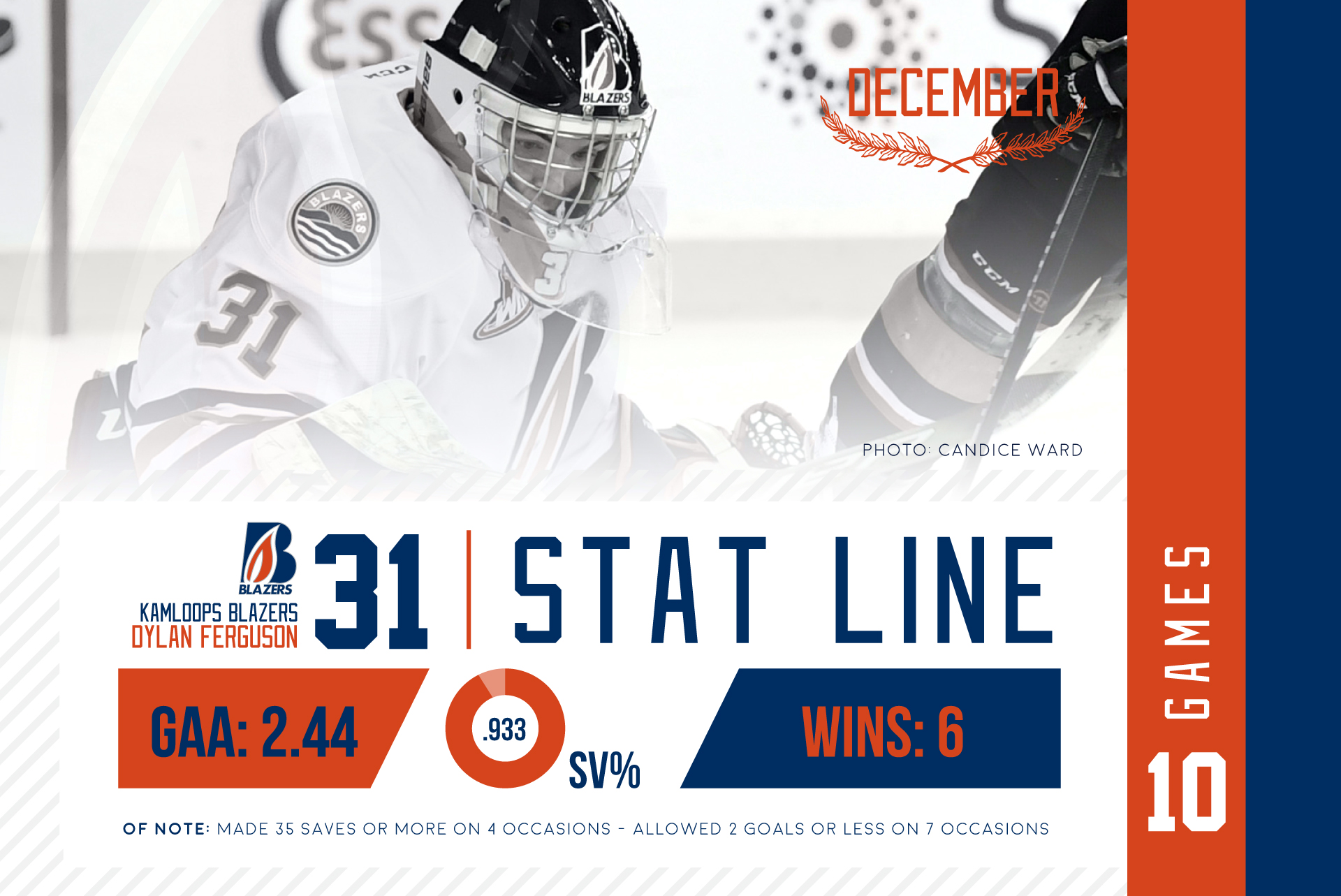 With teammate Connor Ingram away representing Canada at the 2017 IIHF World Junior Championship, Ferguson took over the Kamloops crease and had an immediate impact, earning WHL Goaltender of the Week honours for the week ending December 11, 2016.

Ferguson is eligible for the 2017 NHL Draft.