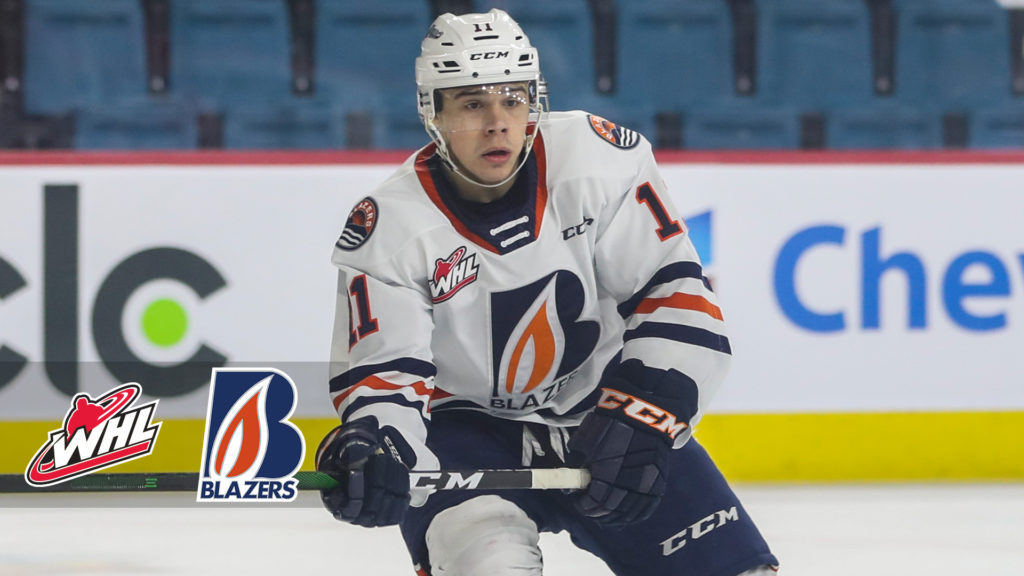 Kamloops Blazers forward Logan Stankoven has been named an alternate captain for Canada at the 2021 IIHF U18 World Championship. Hockey Canada announced its leadership group for the event on Saturday morning ahead of pre-tournament action.

Stankoven, an 18-year-old product of Kamloops, B.C., is one of 10 WHL players representing Canada at the annual event, which is scheduled to officially get underway beginning April 26 in Frisco and Plano, Texas.

A 5-foot-8, 170-pound forward, Stankoven has been a goal scoring machine since making his WHL debut with his hometown Blazers in 2019-20. Originally selected fifth overall in the first round of the 2018 WHL Draft, Stankoven recorded 29 goals and 48 points in 59 games as a rookie during the 2019-20 WHL campaign, before adding another seven goals and 10 points in six games during the shortened 2020-21 WHL regular season. Over the course of 72 career WHL regular season games, Stankoven has registered 59 points (36G-23A).

Ahead of the 2021 NHL Draft, the former Yale Hockey Academy star has been identified as an ‘A’ prospect by NHL Central Scouting on its ‘Players to Watch ‘ List for January 2021.

Canada played its lone pre-tournament contest on Saturday, securing a 5-1 win over Finland. Stankoven notched a primary assist on a second period goal by Regina Pats phenom Connor Bedard. Other WHL players hitting the scoresheet on Saturday include Olen Zellweger (2A), Dylan Guenther (1A), and Denton Mateychuk (1A).

Canada will open the 2021 IIHF U18 World Championship against Sweden on April 27 at 9 p.m. ET / 6 p.m. PT, and will also take on Latvia, Switzerland and Belarus in preliminary-round action.