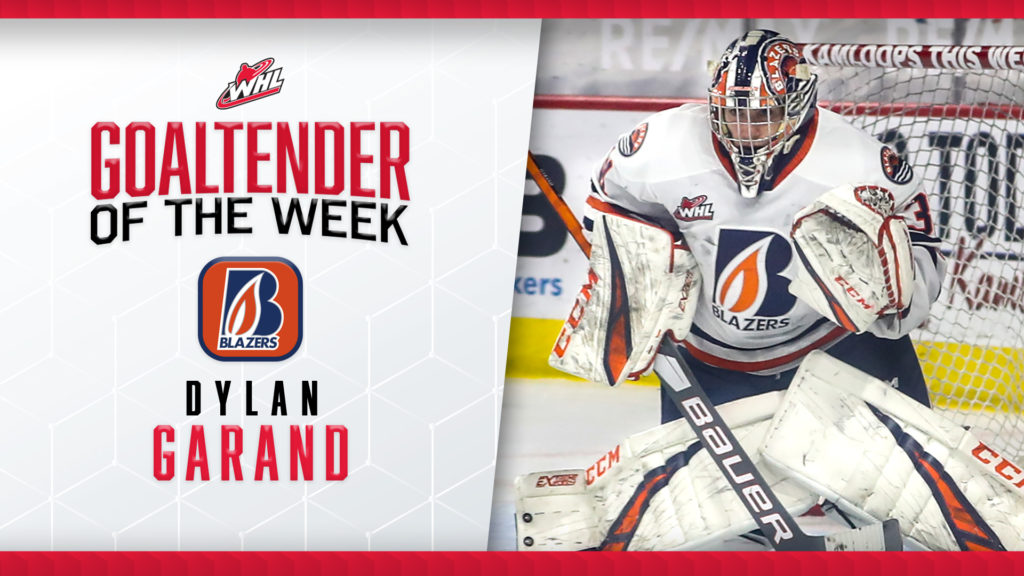 Calgary, Alta. – The Western Hockey League announced today that Kamloops Blazers goaltender Dylan Garand has been named WHL Goaltender of the Week for the week ending May 16, 2021.

The New York Rangers prospect was unbeatable in his lone appearance this past week. The Blazers puck-stopper turned aside all 28 shots he faced in a 4-0 victory over the Prince George Cougars as Kamloops captured the RE/MAX Cup as B.C. Division champions. It was Garand’s third shutout of the 2020-21 WHL season.

Garand, who represented Canada at the 2021 IIHF World Junior Championship, posted a record of 15-3-0-0 in 18 games with the Blazers this season. He finished third among WHL goaltenders in wins (15), goals-against average (2.15) and save percentage (.921).

The 6-foot-1, 179-pound netminder was selected in the fourth round (103rd overall) of the 2020 NHL Draft by the Rangers. He made his professional debut with the Hartford Wolf Pack of the American Hockey League this past February.