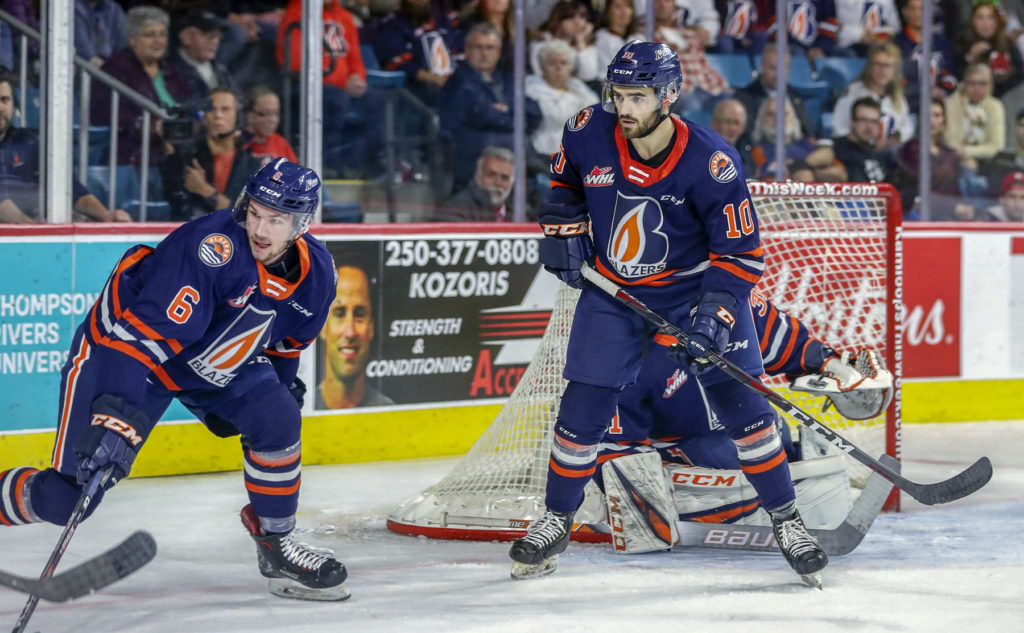 DID YOU KNOW… The Kamloops Blazers won the 7th ever WHL tiebreaker on March 19, 2019 with the Blazers beating the Kelowna Rockets 5-1 to advance to the 2019 WHL Playoffs… Head Coach Shaun Clouston is in his first season behind the Kamloops Blazers bench after spending 16 seasons in Medicine Hat… He has 394 career WHL wins which is third amongst active coaches… Associate Coach Darryl Sydor played 1291 NHL games and won two Stanley Cups with Dallas in 1999 and Tampa Bay in 2004… He also has coached six seasons in the NHL with Minnesota and St. Louis between 2011-2018… Goaltender Dylan Garand won a Silver Medal with Canada at the Under-18 Hlinka/Gretzky Cup in August 2019… Zane Franklin and Orrin Centazzo are both from the town of Marwayne, AB with a population of 500 and are cousins… Forward Martin Lang (Carolina Hurricanes), defenseman Montana Onyebuchi (Calgary Flames) and defenseman Quinn Schmiemann (Tampa Bay Lightning) attended NHL training camps in September.