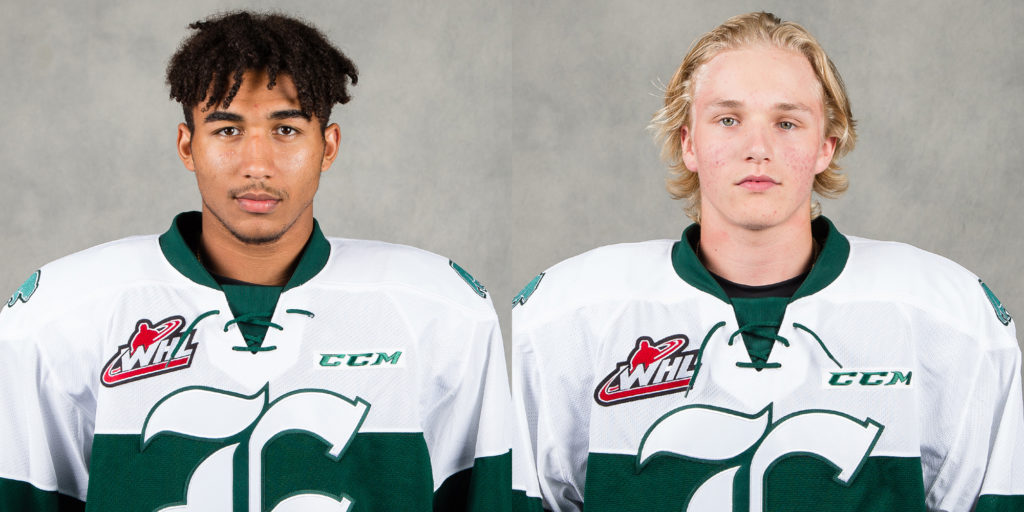 BLAZERS ACQUIRE SIX ASSETS IN EXCHANGE FOR PILON AND VALA

Kamloops, BC – The Kamloops Blazers have made a significant trade three days prior to the WHL trade deadline.

“First off, we’d like to thank Ondrej and Garrett for their contributions to our program. They are leaders on and off the ice and will always be Blazers in our eyes,” commented General Manager, Stu MacGregor. “This was a difficult decision as we are losing two quality hockey players and people. We wish them all the best in Everett and with their professional careers moving forward.”

Onyebuchi is a 6’3” and 210lb right shot defenseman from Dugald, MB. He is in his second WHL season and has three goals, seven assists and 10 points along with 65 penalty minutes in 38 games this season.

“Montana is a significant add to our roster. He will fit in nicely as a right-shot defenseman in our young and developing group of defensemen.”

“Orrin plays with a lot of passion and energy. His skillset and work ethic is what stands out about his game. We believe he will add to our young nucleus of forwards.”

In addition to the roster players, the Blazers have also acquired 2002-born prospect forwards Kalen Ukrainetz and Nathanael Hinds.

Ukrainetz is from Wynyard, SK and plays for the Tisdale Trojans of the Saskatchewan Midget AAA Hockey League. He is third on team scoring with 11 goals, 10 assists and 21 points in 29 games this season. The 5’9” and 150lb forward was a ninth round pick of the Everett Silvertips in the 2017 WHL Bantam Draft.

Hinds was selected by Everett in the third round of the 2017 WHL Bantam Draft. The 5’10” and 160lb forward plays with the Winnipeg Bruins of the Manitoba Midget AAA Hockey League. He has seven goals, 15 assists and 22 points in 28 games this season.

“The acquisition of Kalen and Nathanael was an important part of this deal. We thought highly of both of them during the 2017 WHL Bantam Draft. We are excited to meet the players and their families and introduce them to our program,” said MacGregor.