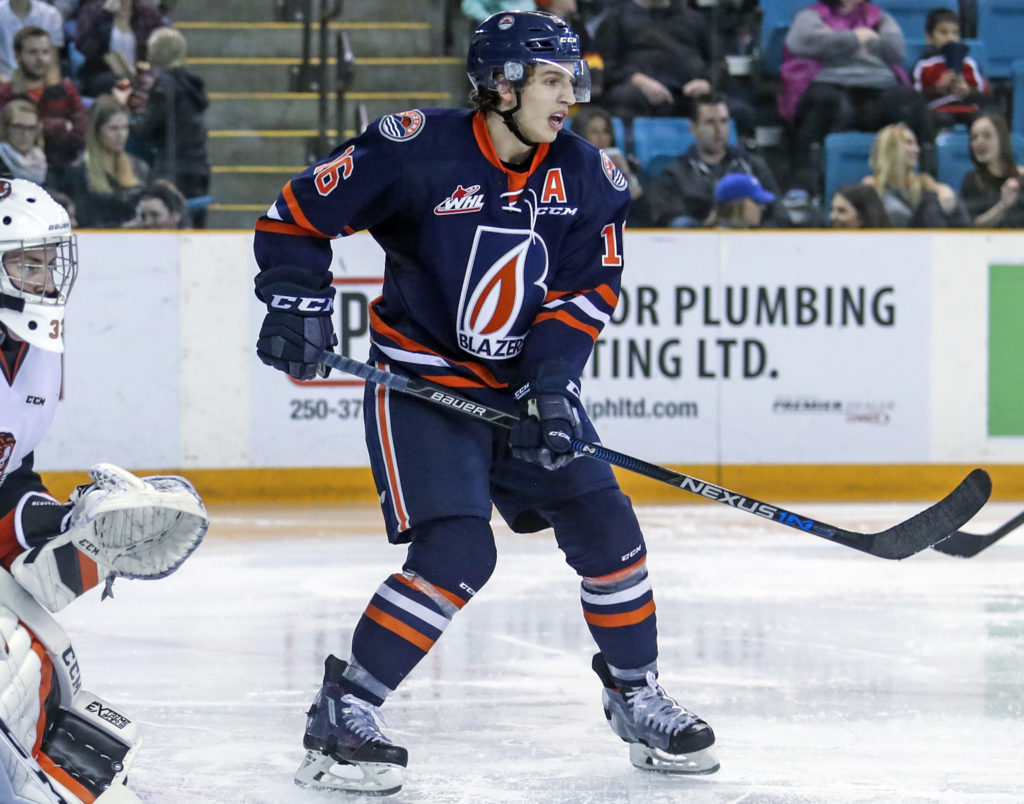 Joe Gatenby and Garrett Pilon will join Chyzowski as Assistant Captains for the hockey club.

Chyzowski is in his fifth season with the Kamloops Blazers. The Kamloops native has played 273 career games with the franchise since the 2012-13 season.

“Nick exemplifies all the qualities we see in a captain,” commented General Manager, Stu MacGregor. “He has the respect of our coaching staff and our dressing room. He is consistently one of our hardest workers both on and off the ice. We believe Nick, along with Joe and Garrett, will be great leaders for our hockey club moving forward.”

The Blazers return to action this weekend as they play three games in three nights in Vancouver and Victoria.