BLAZERS ON ROAD IN RED DEER 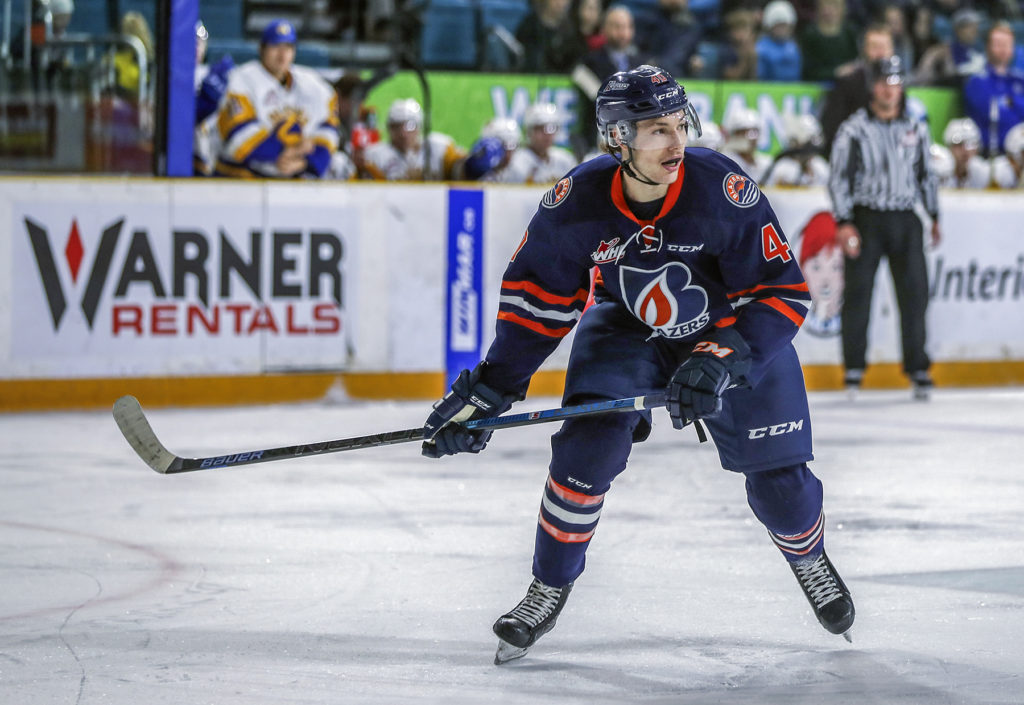 THE SEASON: The Kamloops Blazers franchise in in their 38th season in the Western Hockey League and the 35th season as the Kamloops Blazers. The Blazers record is 12-12-2-1 on the season. The Blazers have played 15 of their first 27 games on the road this season. They are playing six games in eight days on their trip through the Central Division. The Blazers lost 3-2 in overtime in Edmonton on Saturday and 6-3 in Calgary on Sunday. Following tonight’s game the Blazers will play in Medicine Hat on Wednesday, Kootenay on Friday and Lethbridge on Saturday to finish their first half schedule.

ROSTER BREAKDOWN: The Blazers roster sits at 22 players (2 goaltenders, 6 defensemen and 14 forwards). The roster includes 13 players selected in the WHL Bantam Draft, six players via trade, one player from the free agent list, and two players from the CHL Import Draft. A breakdown by region includes seven players from B.C., four from Alberta, seven from Saskatchewan, two from Manitoba, one from Finland and one from Czech Republic. There are 16 WHL veterans and seven WHL rookies.