BLAZERS ON THE ROAD IN EVERETT 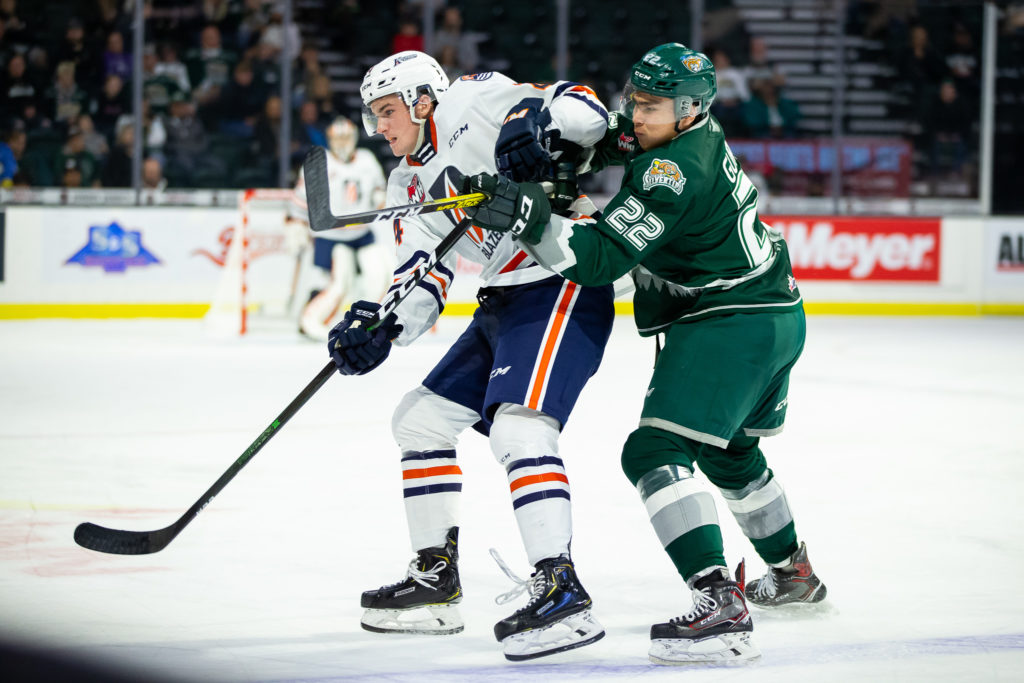 THE SEASON: The Kamloops Blazers franchise is in their 39th season in the Western Hockey League and the 36th season as the Kamloops Blazers. The Blazers are 9-5-0-0 to start the season. The Blazers finished the month of October with a 7-2-0-0 record. Following tonight’s game, the Blazers will be in Portland on Sunday. Next week, the Blazers are in Seattle Friday, home to Medicine Hat on Saturday and home to Kelowna on Monday.

ROSTER BREAKDOWN: The Blazers roster sits at 24 players (2 goaltenders, 8 defensemen and 14 forwards). The roster includes 16 players selected in the WHL Bantam Draft, five players via trade, one player from the free agent list, and two players from the CHL Import Draft. A breakdown by region includes nine players from B.C., five from Alberta, five from Saskatchewan, three from Manitoba, one from Switzerland and one from Czech Republic. The Blazers have 14 veteran players and 9 first-year players on their roster.