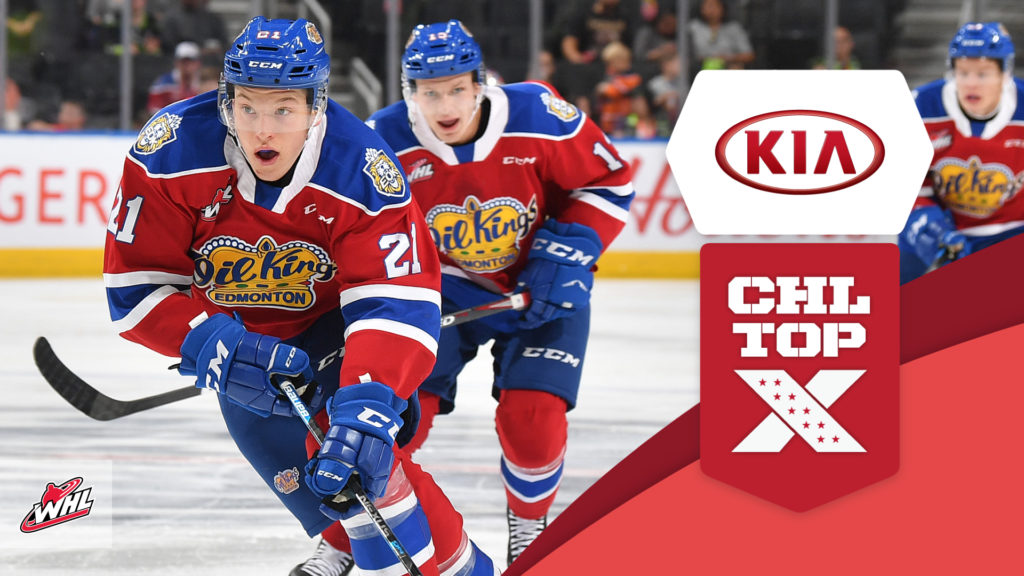 Toronto, ON – The Canadian Hockey League today announced the pre-season edition of the Kia CHL Top-10 Rankings for the 2020-21 season.

The rankings were selected with input from NHL Central Scouting and come just ahead of opening night in the Quebec Major Junior Hockey League which is set for Friday October 2, while both the Ontario Hockey League and Western Hockey League regular seasons will begin in December.  Weekly rankings of the CHL’s Top-10 teams will resume when all three leagues are in action.

The Edmonton Oil Kings top the charts among WHL Clubs, landing second overall. Led by 2020 NHL Draft prospect Jake Neighbours, anticipation is that the Oil Kings will be tough to beat in 2020-21. The WHL also received representation from the Kamloops Blazers and Portland Winterhawks, while the Brandon Wheat Kings and Prince Albert Raiders earned honourable mentions.

The 2021 Memorial Cup Presented by Kia is scheduled to be played June 17-27, 2021, and will be hosted by either the Oshawa Generals or Soo Greyhounds.

Weekly editions to resume when each of @TheWHL, @OHLHockey and @QMJHL are in action. pic.twitter.com/QK07wgYCWH