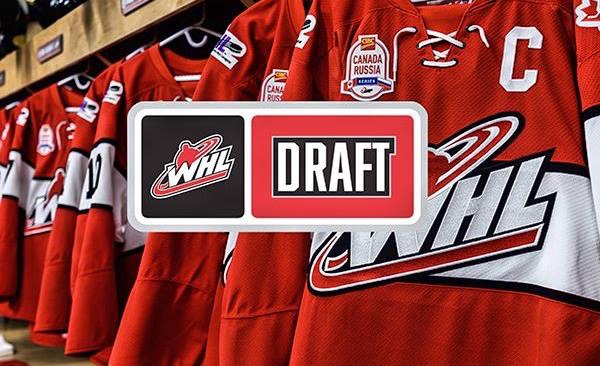 Kamloops, BC – The Kamloops Blazers selected 10 players in the 2018 WHL Bantam Draft in Calgary on Thursday.

The Blazers picked the hometown kid 5th overall as they selected right shot center Logan Stankoven. The 5’7” and 165lb forward had 57 goals, 33 assists and 90 points in 30 games this season with Yale Academy in Abbotsford, BC.

In total, the Blazers selected five defensemen and five forwards. By region, the hockey club chose seven players from B.C., two from Saskatchewan and one from California.

“Logan has high end skills and is tenacious on the puck. He is an extremely driven and competitive kid and we can’t wait to see him in a Kamloops Blazers uniform.”

“Logan is an exceptional skater with a great skill set. He controls the game from the backend and is a competitive player.”

“Caeden is an offensive minded player with great work ethic and hockey sense.”

“Matthew is a very skilled player that has a lot of creativity. He is hard and competitive on the puck.”

“Luke is a big defender that improved all season. He makes a great first pass and has a high hokey iq.”

“Brayden is a solid defenseman with a lot of upside. He plays a strong and steady game.”

“Karter is always around the puck which showed in his point totals this season. His skills and instincts are impressive.”

“Josh was the captain of his team this season and led them to the Western Canada Bantam Championship. He is a solid two-way defender.”

“Benjamin is a player we identified and coveted this season. He is a solid two way player with a knack for the net.”

“Oliver is a solid defenseman with great instincts. He makes a great first pass and defends well.”