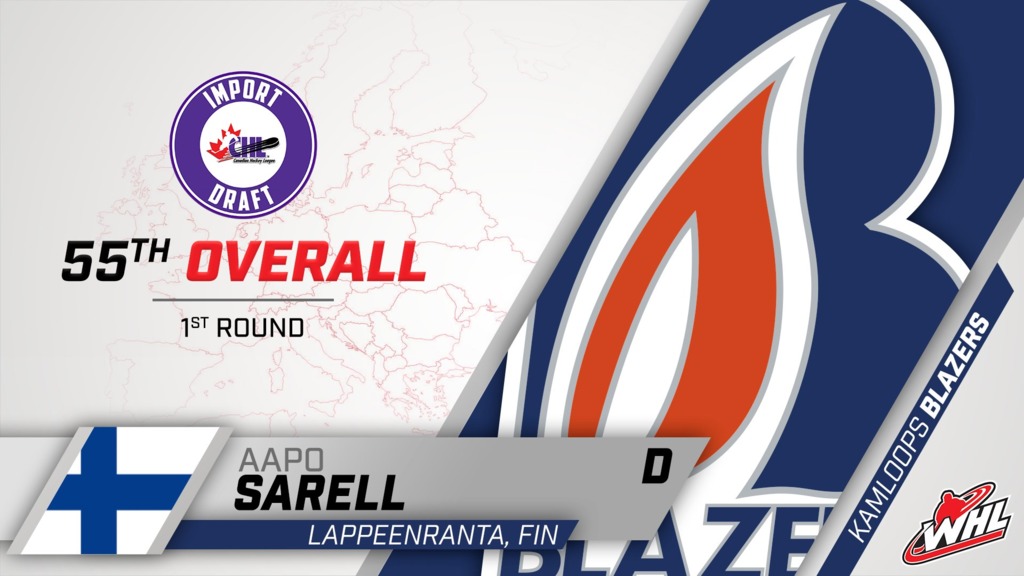 Kamloops, BC – The Kamloops Blazers made two selections in the 2022 CHL Import Draft. The hockey club selected defenseman Aapo Sarell with their first pick and goaltender Michael Schnattinger with their second pick.

Sarell, who is from Lappeenranta, Finland, was selected by the Blazers with the 55th overall pick. The 6’1” and 187lb defenseman played with SaiPa U20 team and had 15 points in 39 games.

The 2003-born defenseman also played in 12 games in the Liiga, which is the top league in Finland. 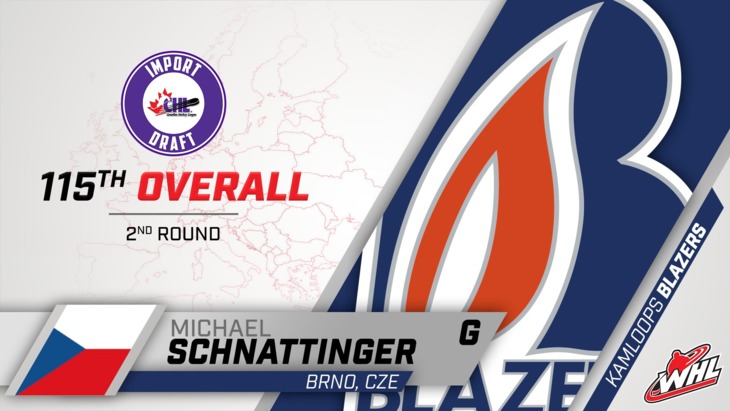 Schnattinger also played with Czechia in the 2022 IIHF U-18 World Championships.

The Kamloops Blazer would like to welcome Aapo Sarell and Michael Schnattinger to the hockey club.