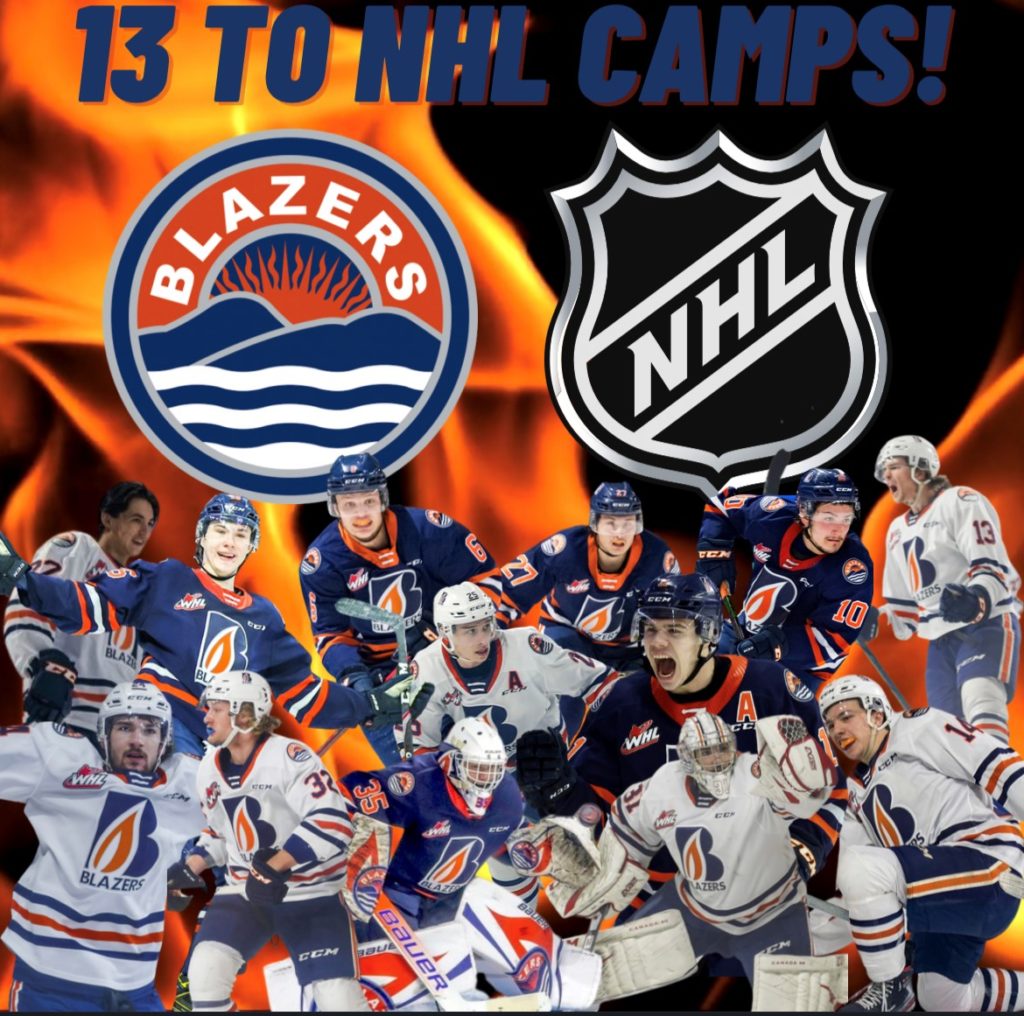 Kamloops, BC – The Kamloops Blazers had four players selected this past weekend at the 2022 NHL Draft and also sending 13 players from the 2021-22 roster to NHL Development camps this week.