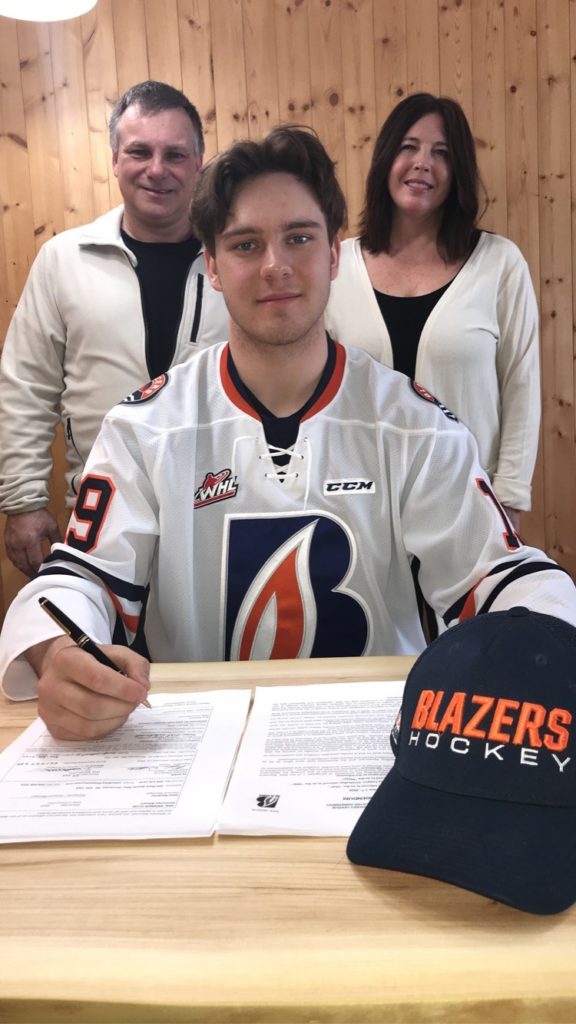 Watterodt was a sixth round pick in the 2019 WHL Bantam Draft. The Rosetown, SK native started this season in Yorkton playing in the SJHL. In six games he had two goals and an assist for three points.

“We are excited that Vaughn has committed to play for the Kamloops Blazers organization,” commented Bardsley.

“He has a strong compete level combined with a variety of skills that makes him effective in all situations,” continued Bardsley. “He loves to play the game and has high character. We look forward to watching him develop here in Kamloops,” said Bardsley.

He is the sixth player from the 2019 WHL Bantam Draft class to sign with the hockey club. The 16-year-old forward will be joining the Blazers for the upcoming 2020-21 season in Kamloops.