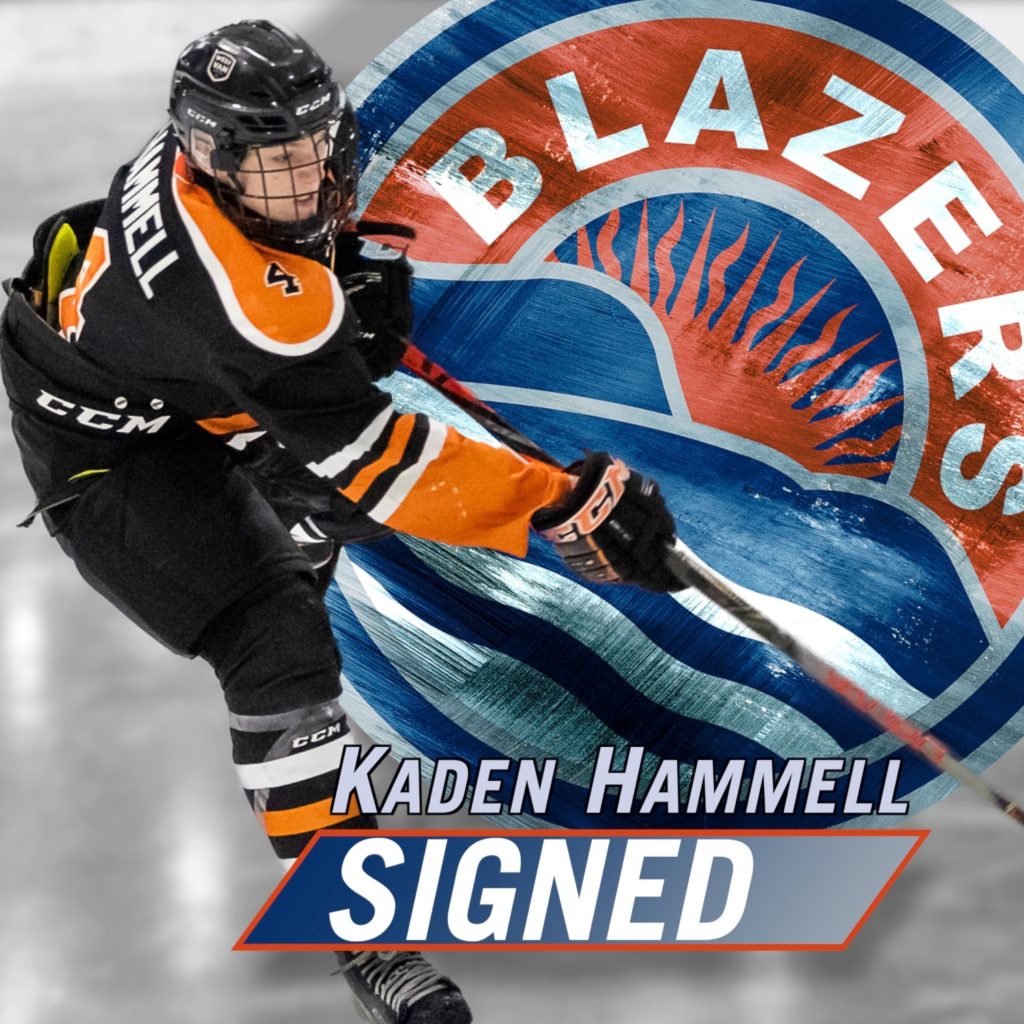 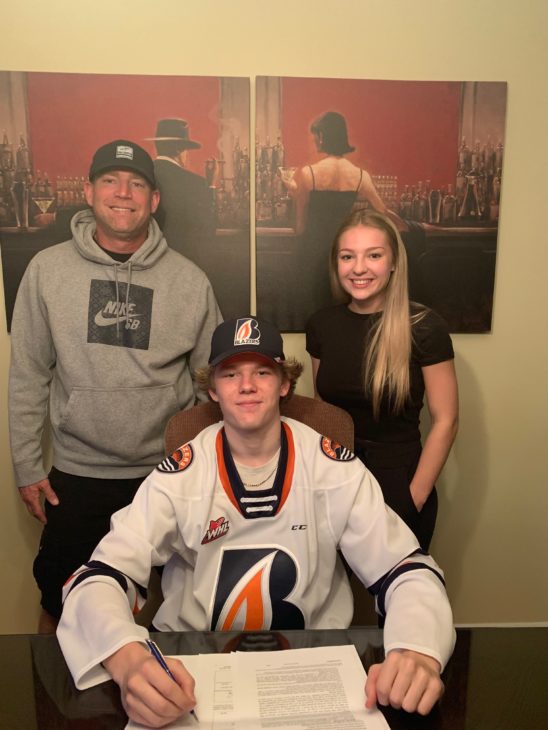 “We are excited that Kaden and his family have committed to the Kamloops Blazers organization,” commented General Manager, Matt Bardsley. “He has an excellent combination of skating, skill, hockey sense and compete along with a strong presence which will be a great addition to our organization,” said Bardsley.

Hammell was selected by the Blazers 19th overall in the 2020 WHL Bantam Draft on April 22.

“I am very happy to be a part of such a great organization, and I’m looking forward to being a Blazer,” commented Hammell.

The 6’0” and 170lb right shot defenseman played the 2019-20 season with the West Vancouver Bantam Prep team in the Canadian Sport School Hockey League.

He recorded 12 goals, 29 assists and 41 points in 29 games. He was third overall in defensemen scoring in the CSSHL.

“We look forward to helping him maximize his development and add to a strong group of prospects coming into the organization,” said Bardsley.

The Langley, BC native is the first player to sign with the Blazers from the 2020 WHL Bantam Draft.