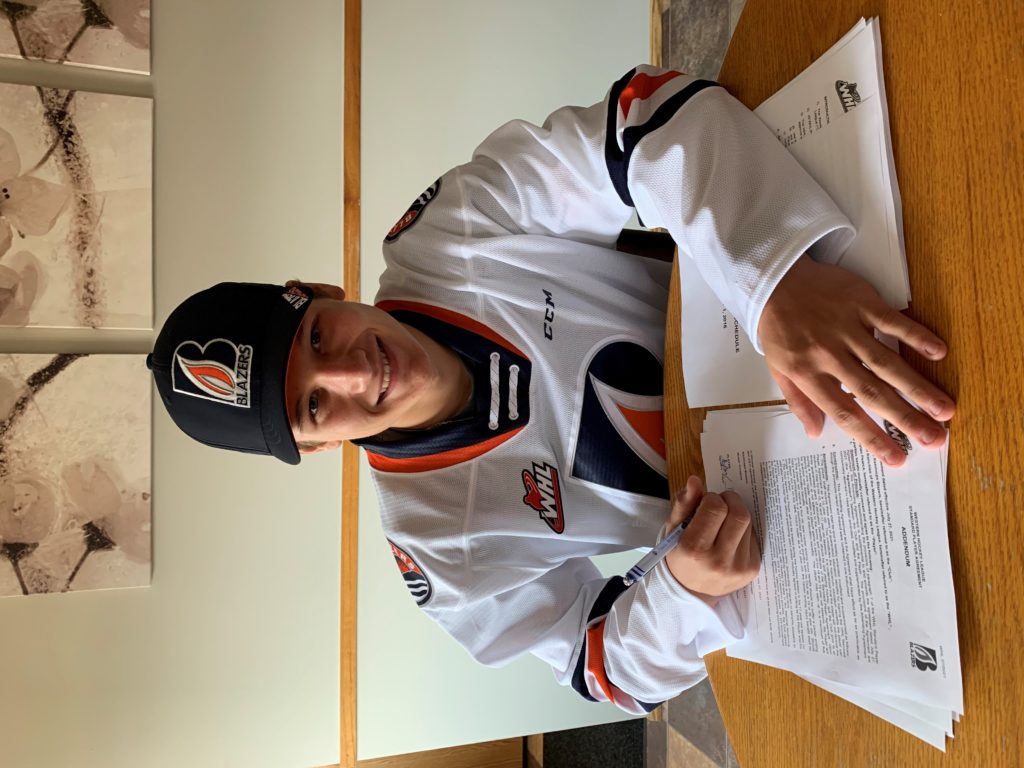 Kamloops, BC – The Kamloops Blazers announced today that the hockey club has signed 2005-born defenseman Rylan Pearce to a WHL standard player agreement.

“We are really excited to have Rylan commit to our organization,” commented Director of Player Personnel, Robbie Sandland.

Pearce was selected by the Blazers in the fourth round of the 2020 WHL Bantam Draft.

The Martensville, SK native played seven games in 2020-21 with the Warman Wildcats of the Saskatchewan Under-18 AAA league and had a goal and an assist.

“Rylan is a reliable puck moving defenseman that can contribute at both ends of the rink,” continued Sandland. “His ability to get back to pucks and make sound decisions under pressure combined with his physicality and compete make him an effective player. As a group, we see a lot of upside in his game and look forward to watching him develop in a Blazer uniform,” concluded Sandland.

Pearce will be in Kamloops for training camp in September.
-30-