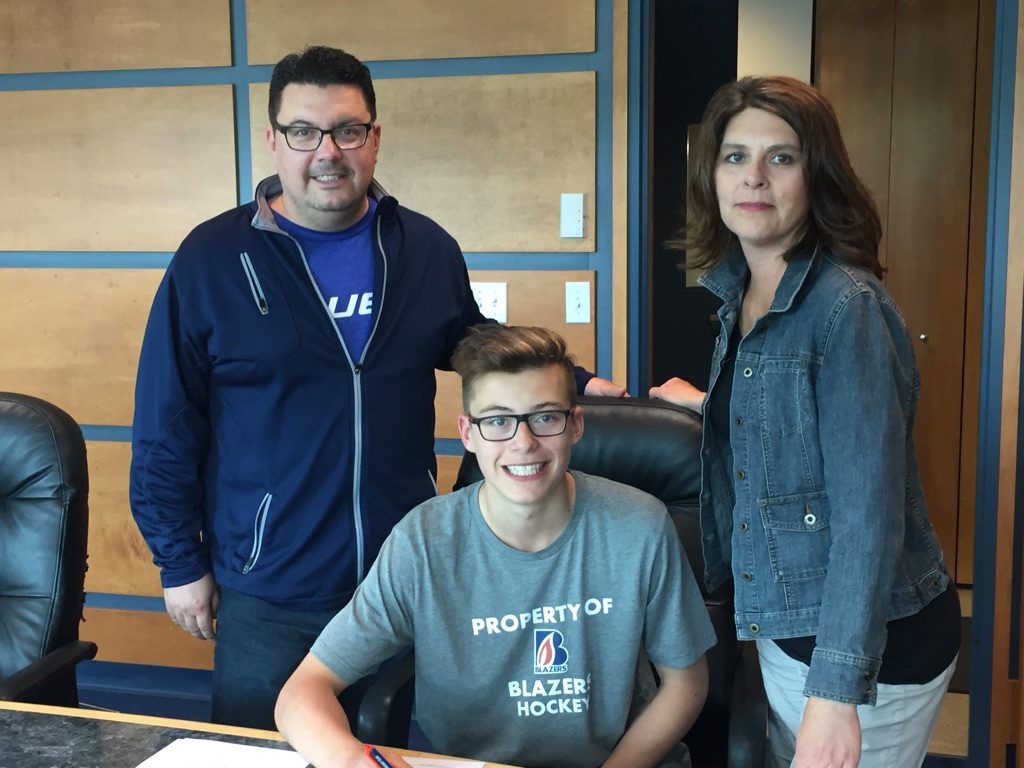 Kamloops, BC – The Kamloops Blazers announced today that they have signed 2017 first round WHL Bantam Draft pick Josh Pillar.

Pillar was selected by the Blazers with the 14th overall pick in the 2017 WHL Bantam Draft on May 4th.

“We are excited to have Josh and his family as part of our program,” commented General Manager, Stu MacGregor. “Josh plays the game hard and fast. He is a competitive player and has great skills.”

He will play this upcoming season with the Prince Albert Mintos in the Saskatchewan Midget AAA Hockey League.

From Warman, SK, Pillar was in Kamloops this past weekend at the Blazers annual Prospects Camp. He will be back in Kamloops in August for the Blazers fall training camp.