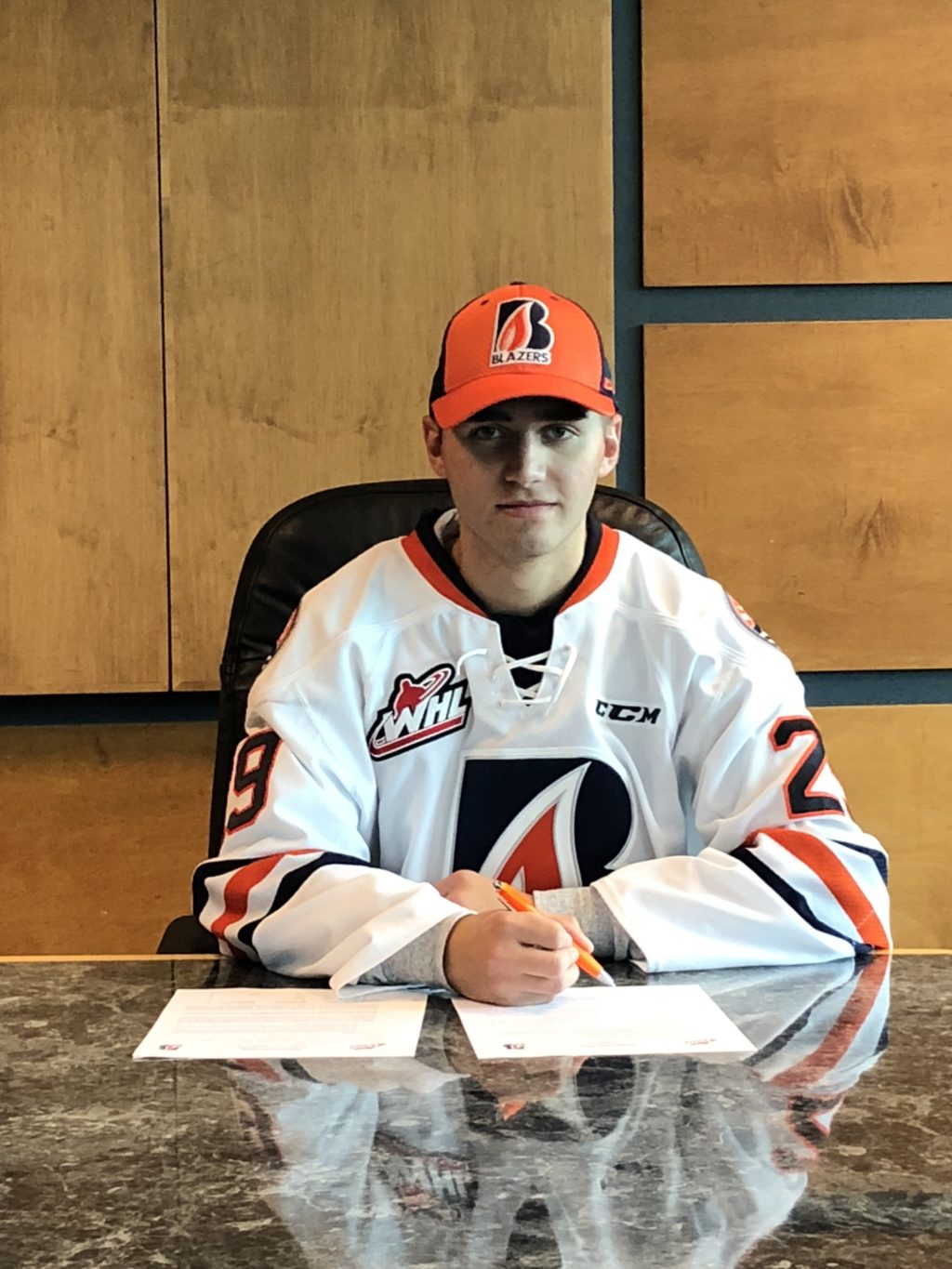 Orchard is from Delisle, SK and was selected by the Blazers in the fifth round of the 2016 WHL Bantam Draft.

The 5’10” left shot forward spent last season with the Swift Current Legionnaires of the Saskatchewan Midget AAA Hockey League where he played 25 games and collected 12 goals, 15 assists and 27 points.

“We are excited to have signed Jerzy,” commented General Manager, Matt Bardsley. “He had an outstanding training camp last week in which he was able to display his speed and excellent puck skills along with his ability to play with and without the puck. As a 17-year-old, this now gives us even more balance throughout our lineup this season and in the future. We look forward to watching his game develop as a Kamloops Blazer.”

Orchard will make his WHL preseason debut this weekend as the Blazers host the Prince George Cougars on Friday, August 31st at 7:00pm and the Victoria Royals on Saturday, September 1st at 7:00pm.

Tickets can also be purchased online by following this link.

Franklin, Martin, & Patera named to Vaughn CHL Team of the Week
4 hours ago