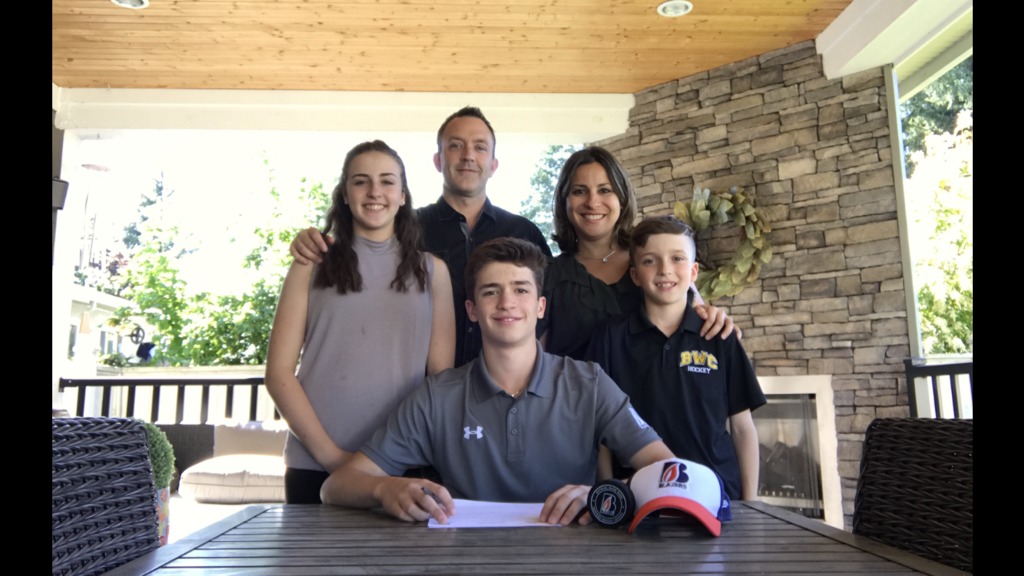 Seminoff, who is from Coquitlam, BC, was selected by the Blazers in the fifth round, 93rd overall in the 2018 WHL Bantam Draft on May 3rd.

“We are very excited that Matthew has decided to continue his development with the Kamloops Blazers organization,” commented Bardsley. “He competes in all areas of the ice while adding speed and a good skill set. As one of the youngest players in the WHL Bantam Draft this past season, he also plays a very mature game. We feel he has a high ceiling and look forward to watching his game develop,” said Bardsley.

The 5’9” and 147lb forward is among 60 players that will participate in B.C.’s Male U16 Provincial Camp in Shawnigan Lake this summer. He will be vying for a spot on Team B.C. for the 2019 Canada Winter Games in Red Deer, AB.

Seminoff is the fourth player from the 2018 WHL Bantam Draft to sign with the hockey club. He joins prospects Logan Stankoven (1st round), Logan Bairos (2nd round) and Caedan Bankier (3rd round).
For ticketing information, please contact Jim or Missy at 250-828-1144 or by email at jchoppen@blazerhockey.com or mcederholm@blazerhockey.com.