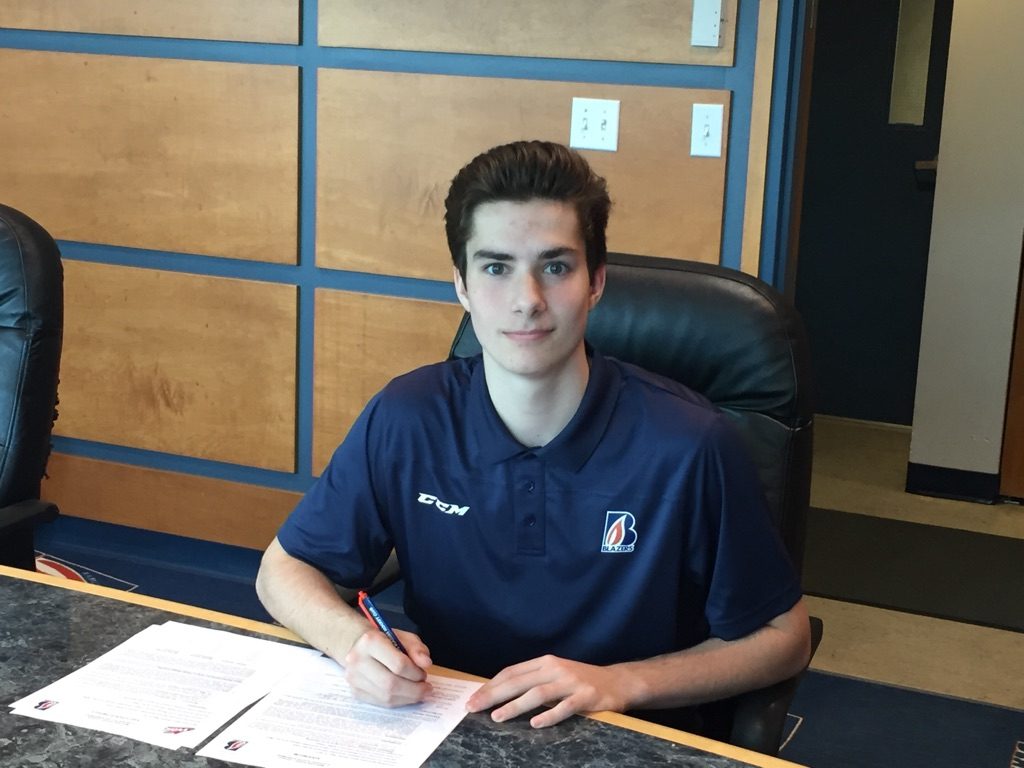 Garand was the Blazers second pick in the 2017 WHL Bantam Draft taken in the third round, 58th overall.

“Dylan was one of the top goaltenders available in the WHL Bantam Draft,” commented General Manager, Stu MacGregor. “He is composed and athletic in the net. We look forward to monitoring his progress and believe he has the qualities to be a very good goaltender.”

Garand is expected to play this upcoming season with the Delta Academy Midget Prep team of the Canadian Sport School Hockey League.

The Blazers have now signed their top two picks from the 2017 WHL Bantam Draft after announcing the signing of first round pick Josh Pillar on Monday.