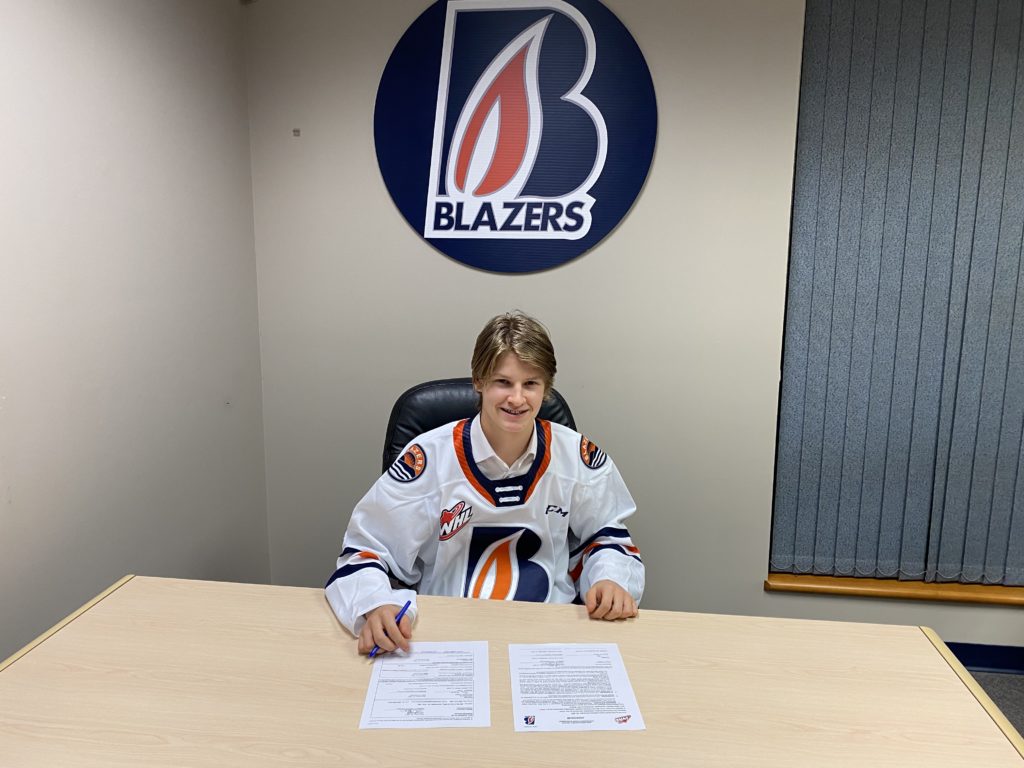 Kamloops, BC – The Kamloops Blazers have announced that the hockey club has signed goaltender Jesse Sanche to a standard WHL player agreement. Sanche was selected by the Blazers in the second round of the 2021 WHL Prospects Draft earlier this month.

Sanche, who resides in Kelowna but grew up in Kamloops, plays for the Okanagan Hockey Academy U17 Prep team. In nine games this season he has a 4-5-0-0 record with a 4.55 goals against average and a .882 save percentage. .

“We are excited to welcome Jesse and his family to the Blazers organization,” said Director of Player Personnel, Robbie Sandland. “Jesse is a very determined and focused individual. He has a great skill set and frame work with his feet, hands and mindset.”

Sanche was a member of Team B.C. who won gold at the WHL Cup in October. The netminder played in three games and had a 2.29 goals against average and a .908 save percentage in the tournament.

“Jesse has played on a big stage and displayed composure and excels in the moment,” continued Sandland. “Dan De Palma has done an outstanding job with our goaltenders and we believe Jesse will thrive under Dan’s guidance in Kamloops,” concluded Sandland.

Sanche has practiced with the Blazers this week and will be the back-up tonight as the Blazers play their final game before Christmas in Kelowna.
-30-