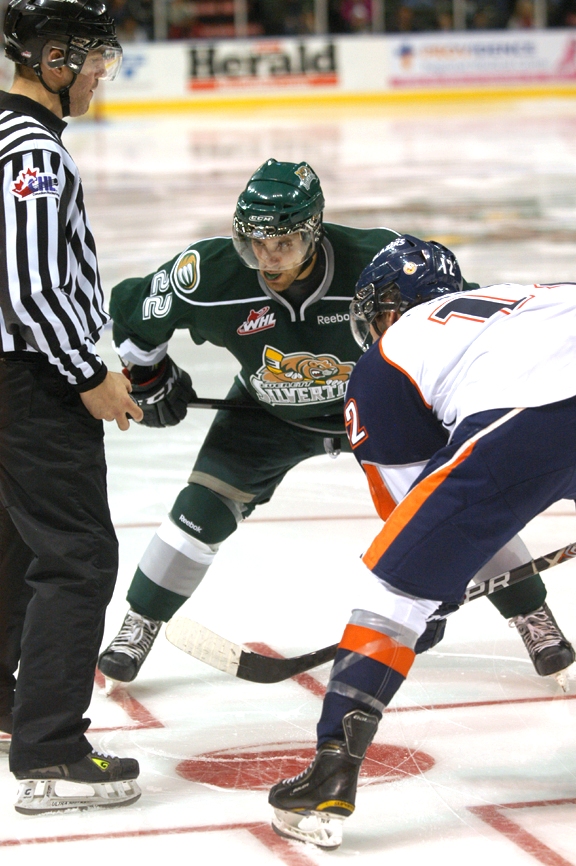 The Blazers stuck to their winning ways with a 6-1 victory over the Everett Silvertips Wednesday night. The Blazers got an early break as Josh Birkholz of the Silvertips was given a 5-minute major for checking to the head. Dylan Willick and Austin Madaisky each scored on the ensuing power play to give the Blazers a quick 2-0 lead. The Blazers made it 3-0 when Brendan Ranford stole the puck shorthanded, kept the puck deep in their zone and fired a shot to make it 3-0 Blazers. The Silvertips got on the board with their own power play marker as Evan Morden’s shot floated in. The Blazers outshot the Silvertips 12-11 in the period.

There was not much going in the second period as both teams defended well. The Blazers though got a power play goal from Dylan Willick and took a 4-1 lead. Goaltender Cole Cheveldave was having a solid night in goal as the ‘Tips outshot the Blazers 11-6 in the period, but the Blazers held a 4-1 lead.

The Blazers were solid in the third period. They eliminated any chances the ‘Tips would get and added two more power play goals for a 6-1 win. Colin Smith and Brendan Ranford tallied the power play markers for the Blazers. Dylan Willick finished the game with two goals and an assist, Chase Schaber had three helpers, and Austin Madaisky had a goal and three assists for the Blazers. Cole Cheveldave earned his 13th win stopping 29 shots while Austin Lotz made 23 saves.