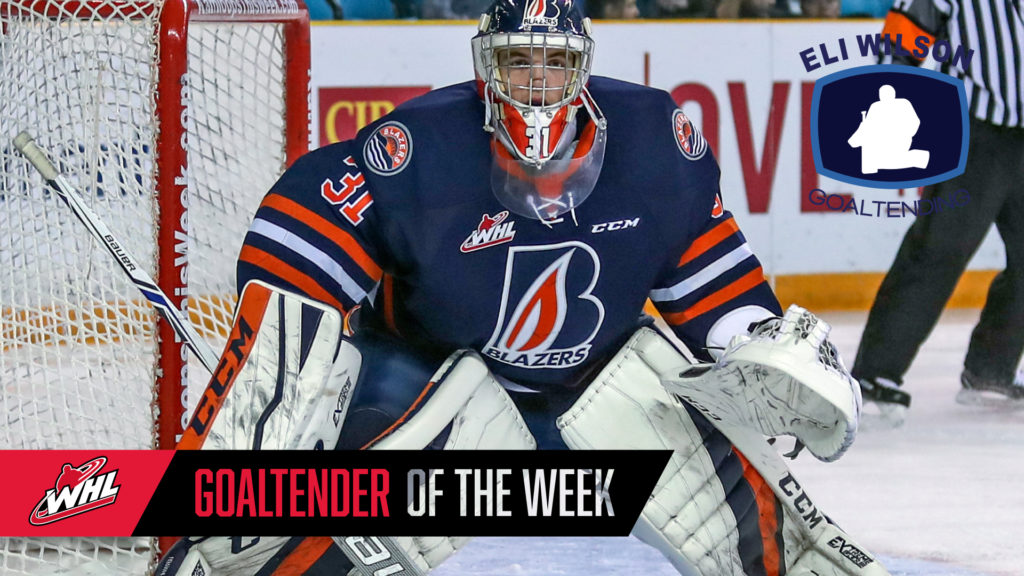 Ferguson, a prospect of the Vegas Golden Knights, recorded a pair of wins over the Kelowna Rockets to begin the 2018-19 WHL Regular Season while also maintaining a 1.00 goals-against-average and a 0.970 save percentage.

Friday at home, Ferguson stopped 25 of 26 shots in a 4-1 win for the Blazers over the Rockets. Ferguson shutout the Rockets for the first two periods, stopping all 15 shots before allowing a single goal on 11 shots in the third. The win ended a nine-game losing streak against the Rockets dating back to February 24, 2017.

Saturday, Ferguson backstopped the Blazers to a win at Prospera Place, stopping 39 of 40 shots in a 3-1 win. Like Friday, Ferguson was impossible to beat through the first two periods, stopping all 29 shots and allowing just a single goal on 11 shots in the third. The win in Kelowna snapped a four-game road losing streak against the Rockets, with their last victory at Prospera Place coming on Friday, January 27, 2017. For Saturday’s efforts, Ferguson was named the First Star of the game and the Third Star of the night in the WHL.

Ferguson was originally selected by the Dallas Stars in the seventh round, 194th overall, of the 2017 NHL Draft, but was traded days later to the Vegas Golden Knights, who signed him to a three-year, entry-level contract in September 2017.

The Blazers will make their first trip of the season to Vancouver Island this coming weekend, playing a pair of contests against the Victoria Royals starting Friday, September 28 (7:05 p.m. PT).