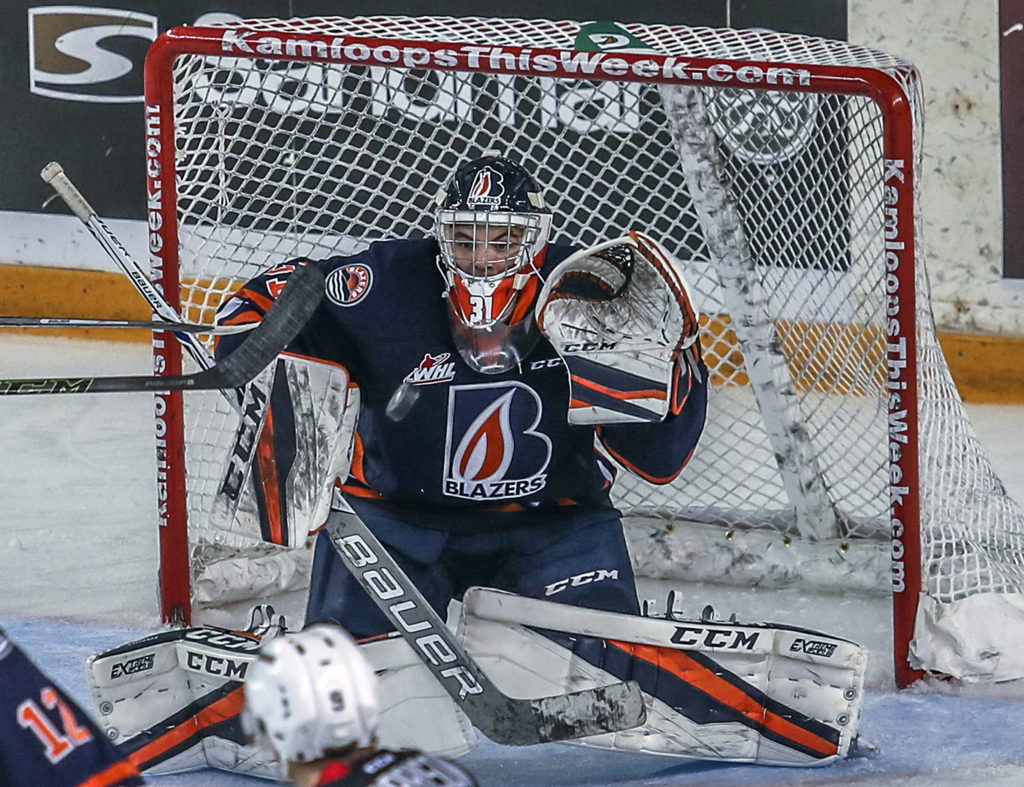 Ferguson had a solid sophomore season with the Blazers, posting a 16-10-0-2 record with a 2.74 goals against average and a .922 save percentage in 31 appearances.

The Lantzville, BC native was named the Blazers Most Improved Player this season.

The 18-year-old goaltender jumped significantly up the rankings after being 17th among North American goaltenders in NHL Central Scouting’s mid-term rankings in January.