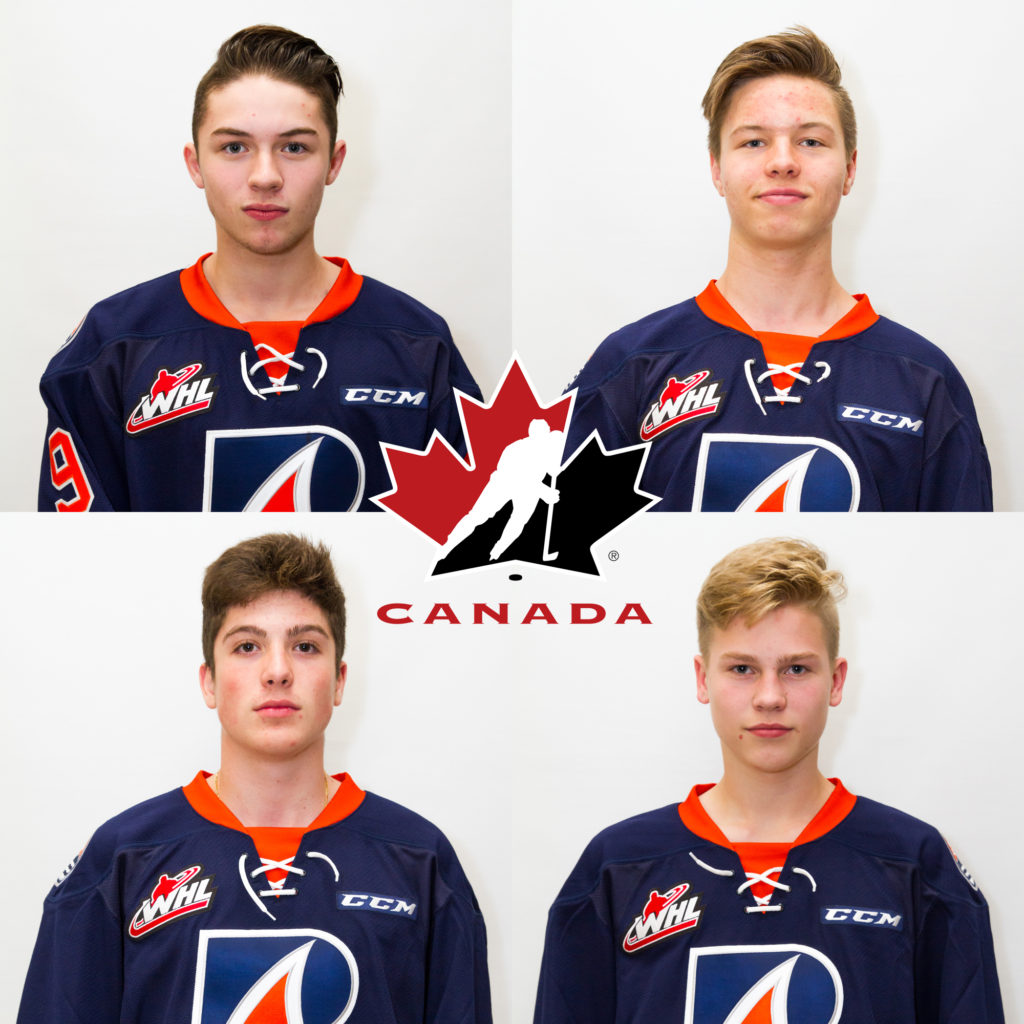 Kamloops, BC – The Kamloops Blazers will have four players attend Hockey Canada Under-17 and Under-18 camps this summer in Calgary.

Forward Jackson Shepard and defenseman Luke Zazula are among 40 skaters invited to Hockey Canada’s Under-18 Selection Camp for the 2017 Ivan Hlinka Memorial Tournament in August.

Shepard played 41 games with the Blazers as a 16-year-old and recorded three goals, nine assists and 12 points. He also played for Canada White at the 2016 Under-17 Hockey Challenge in Sault Ste. Marie, ON where he had a goal and an assist in six games.

Zazula suited up in 54 games with the Blazers and recorded two goals, 14 assists and 16 points as a 16-year-old during the 2016-17 season. He played for Canada Red at the 2016 Under-17 Hockey Challenge where he had an assist in five games.

Prospect forwards Massimo Rizzo and Connor Zary are among 117 players across Canada to be invited to Hockey Canada’s Under-17 Selection Camp.

Rizzo was the Blazers first round selection in the 2016 WHL Bantam Draft, while Zary was selected in the second round.