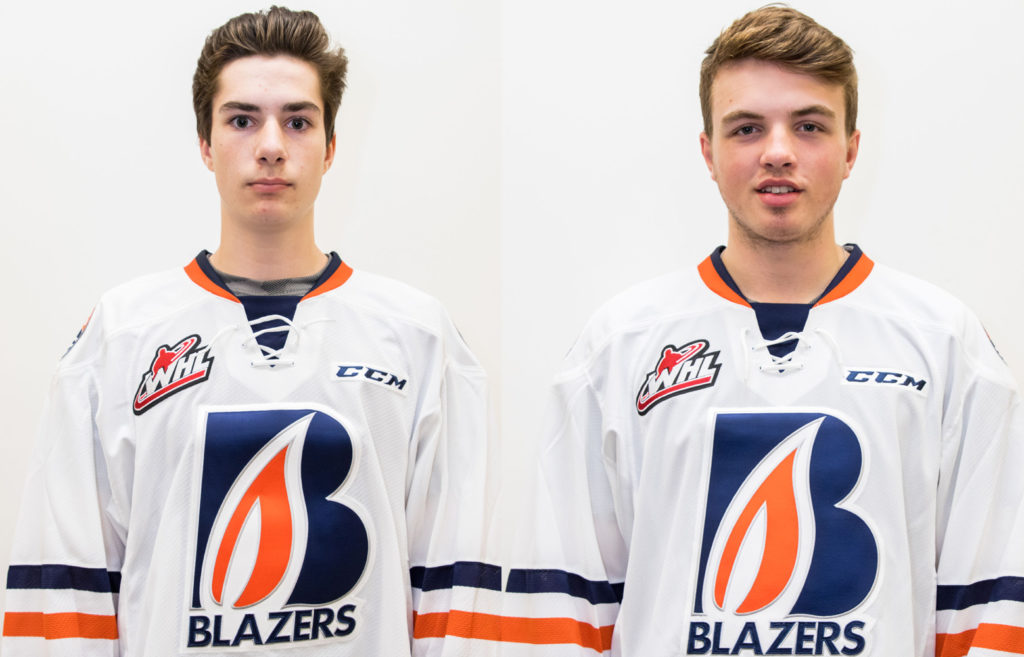 Kamloops, BC – The Kamloops Blazers had added goaltender Dylan Garand to the roster for weekend games against the Vancouver Giants.

Garand was selected by the Blazers in the third round of the 2017 WHL Bantam Draft. He signed with the hockey club this summer.

The 15-year-old plays for the Delta Hockey Academy Midget Prep team. In seven games this season he is 7-0-0-0 with a 2.26 goals against average and a .930 save percentage.

The Victoria, BC native also suited up for Team B.C. at the WHL Cup in October. He backstopped his team to a Gold Medal as they defeated Team Alberta in the final. Garand recorded 24 saves in the win.