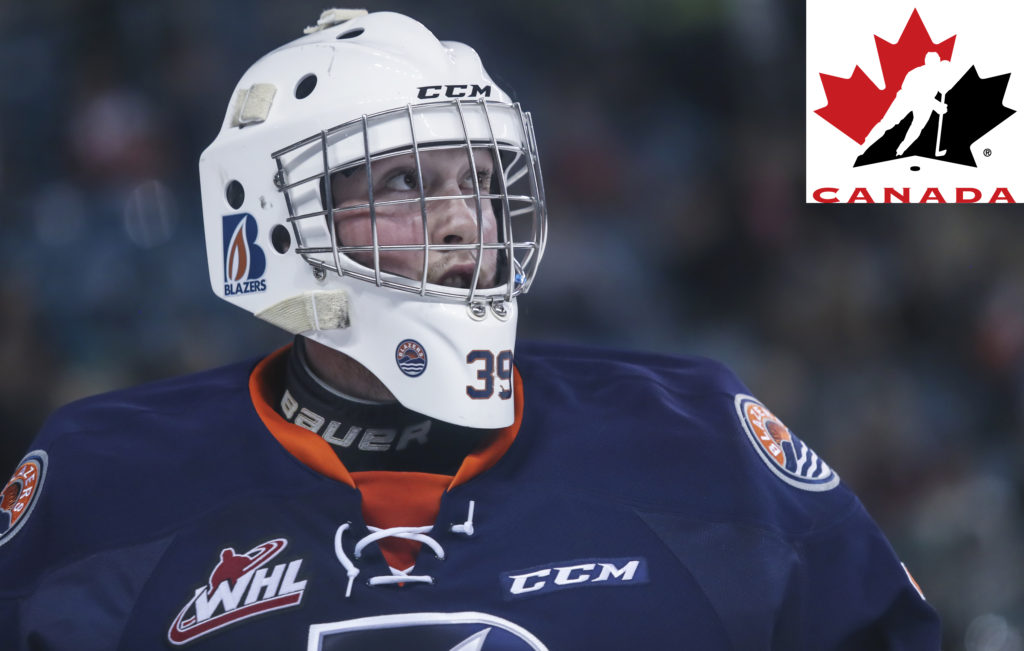 Kamloops, BC – Kamloops Blazers goaltender Connor Ingram has been named to Canada’s World Junior selection camp roster. The camp will run from December 11 to 14 in Blainville, Quebec, just outside Montreal.

Ingram has put together another terrific season for the Blazers. The 19-year-old goaltender has a 2.19 goals against average and a .932 save percentage with an 11-9-1-0 record in 21 games this season.

The Imperial, SK native is in his third season with the Blazers. He was selected by the Tampa Bay Lightning in the third round of the 2016 NHL Draft.

Ingram is the first Blazers goaltender to be invited to Canada’s World Junior Selection since Deven Dubnyk in 2005-2006. He is also the first player from the hockey club to be invited to the selection camp since JC Lipon in 2012-2013

In total, 32 players have been invited to the camp. The World Junior Championships run from December 26th to January 5th in Toronto and Montreal.

For ticketing information, please contact Ticketing & Promotions Coordinator, Missy Cederholm by phone at 778-471-8068 or by email at mcederholm@blazerhockey.com. For pricing information, follow this link.