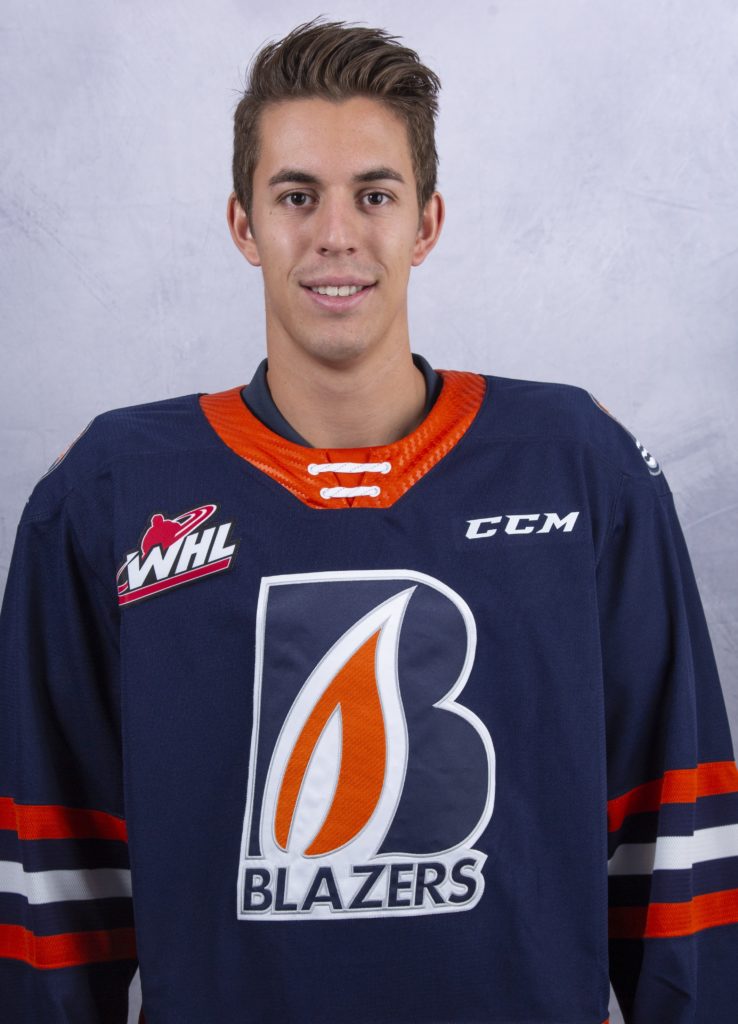 Kamloops, BC – The Kamloops Blazers have released 20-year-old defenseman Jackson Caller. He is likely to report to the Vernon Vipers in the BCHL.

The Kamloops native was acquired from the Saskatoon Blades last season. In 210 WHL games, Caller had six goals, 27 assists and 31 points.

In 45 games with the Blazers last season, Caller had a goal and three assists.

“It is always tough to have to release a veteran player, but with the emergence of Baragano, Brandwood and Thurston, we feel this move had to be made to maximize their development while also allowing Jackson the opportunity to play regularly with another team,” commented General Manager, Matt Bardsley. “Jackson is a high quality person and a tremendous teammate. We thank him for his time with us in Kamloops and wish him all the best going forward,” said Bardsley.

The Blazers roster is now at 24 players including 15 forwards, seven defensemen and two goaltenders.