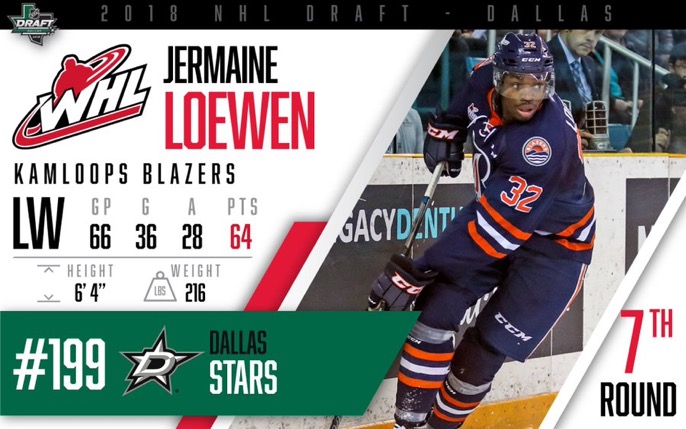 Jermaine Loewen has been selected in the 7th round, 199th overall by the Dallas Stars in the 2018 NHL Draft.

Loewen was passed over in his first two seasons of eligibility. The 6’4 and 220lb forward had a career season with the Blazers. In 66 games, he had 36 goals, 28 asssists and 64 points.

The Arborg, MB native has played four seasons with the Blazers after originally being drafted by the hockey club in the third round of the 2013 WHL Bantam Draft.