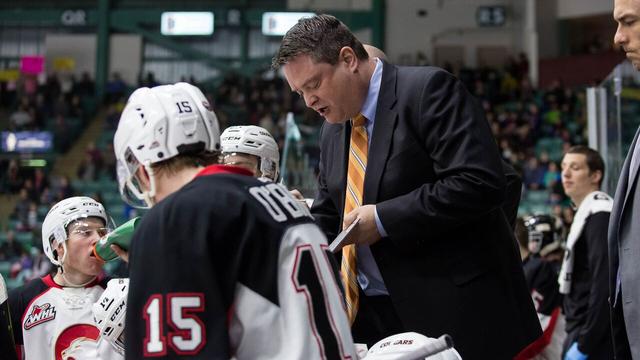 Kamloops, BC – The Kamloops Blazers announced this morning the hiring of Mark Holick as the hockey club’s Associate Coach.

“We want to welcome Mark and his family to the Kamloops Blazers organization, commented General Manager / Head Coach, Shaun Clouston. “Mark is a career hockey coach. He is personable and passionate and bring with him a wealth of coaching experience from minor hockey, junior and pro.”

Holick joins the Blazers after most recently spending the last three seasons as Yale Hockey Academy coaching the U18 Prep team.

“I am very excited to be back in the WHL and join the Kamloops Blazers,” said Holick. “Shaun has had a lot of success in this league and has done a great job with the Blazers. I am looking forward to working with Shaun and the players in helping them pursue their goals,” concluded Holick.

The Penticton, BC native has over 25 years of experience as a coach in the AJHL, BCHL, WHL, AHL and with Hockey Canada.

Holick played four seasons in the WHL from 1984-1988 with the Saskatoon Blades and New Westminster Bruins. He went on to play five seasons of pro hockey before joining the coaching ranks.

“We are thrilled to have Mark join our team and I am looking forward to working with Mark and the rest of our staff and players as we prepare for the upcoming season,” concluded Clouston.

BLAZERS TO RAISE BC DIVISION CHAMPIONSHIP BANNER ON FRIDAY, DEC 2
10 hours ago