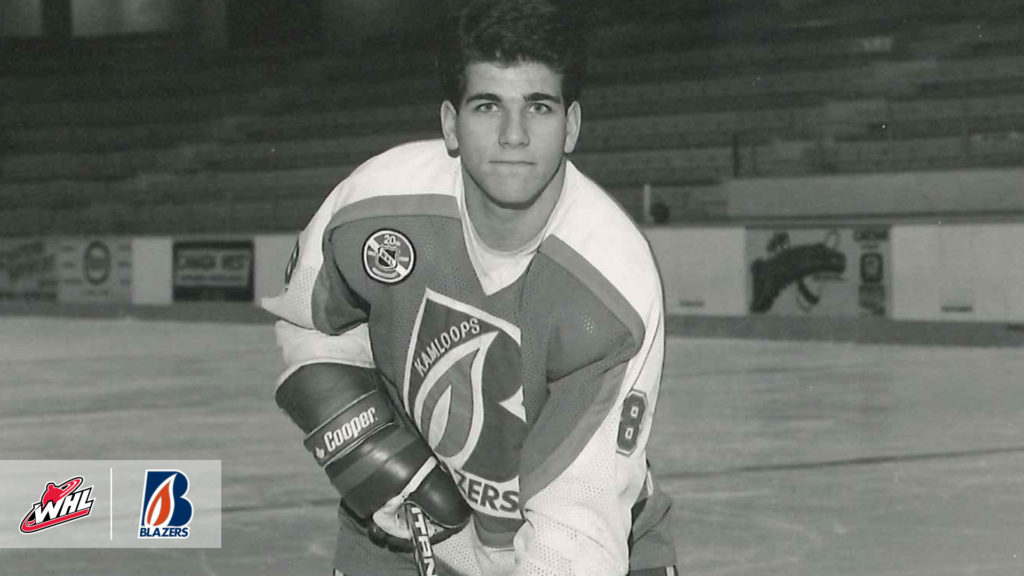 The WHL Alumni Achievement Award annually recognizes WHL graduates who pursue professional hockey and achieve a distinguished career in the NHL, as well as an alumnus who has obtained a post-secondary education through the WHL Scholarship program and has moved on to a highly successful business career. The recipients are selected annually by the WHL Alumni Association Executive Committee, which is headed by former WHL and NHL graduate Jesse Wallin.

Mark Recchi, originally from Kamloops, B.C., joined the New Westminster Bruins for four games during the 1984-85 WHL season before following up with a 61-point rookie campaign in 1985-86. Recchi was acquired by his hometown Blazers prior to the 1986-87 season and finished his WHL career in Kamloops. He collected 292 points (109G-183A) over 178 career WHL regular season games split between New Westminster and Kamloops. The 1987-88 season was Recchi’s last in the WHL and he recorded 154 points (61G-93A) to earn a place on the WHL West First All-Star Team.

Following his success in Kamloops, Recchi was selected by the Pittsburgh Penguins in the fourth round (87th overall) of the 1988 NHL Draft. His NHL career spanned an astounding 22 seasons from 1988 to 2011, including time with the Pittsburgh Penguins, Philadelphia Flyers, Montreal Canadiens, Carolina Hurricanes, Atlanta Thrashers, Tampa Bay Lightning and Boston Bruins. Recchi appeared in 1,652 NHL regular season games, recording 1,533 points (577G-956A). He also skated in 189 NHL playoff games, collecting 147 points (61G-86A). Over the course of his legendary career, Recchi won the Stanley Cup on three occasions –  1991 (Pittsburgh Penguins), 2006 (Carolina Hurricanes) and 2011 (Boston Bruins).

Now 50, Recchi is part owner of the Kamloops Blazers and serves as an assistant coach for the NHL’s Pittsburgh Penguins. He was inducted into the Hockey Hall of Fame on November 14, 2017.