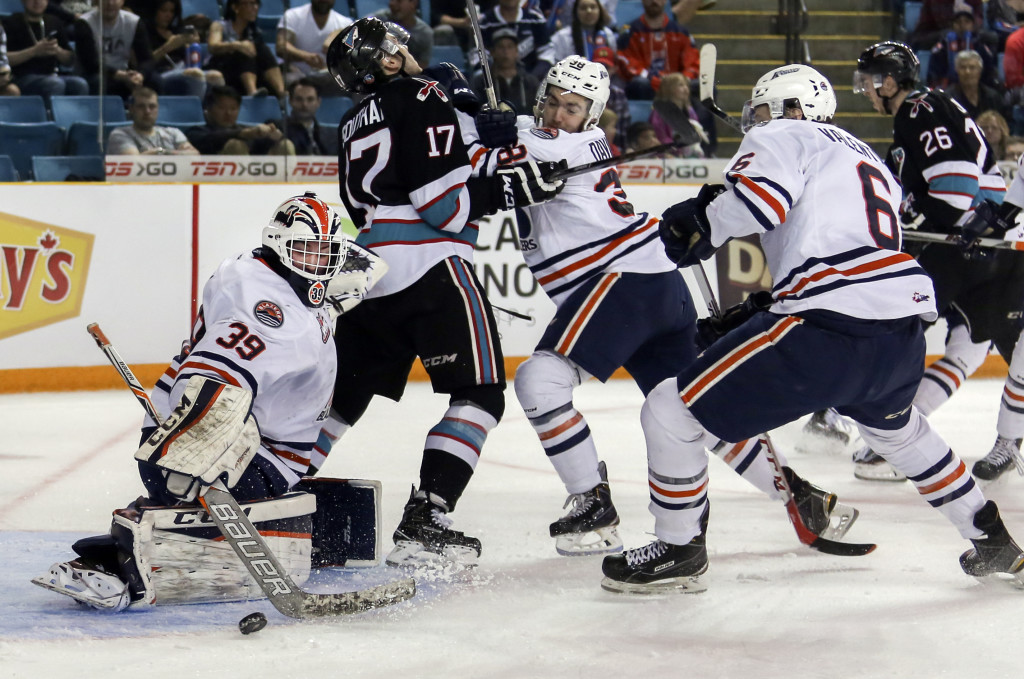 NINE PLAYERS ON THEIR WAY TO NHL CAMPS

Kamloops, BC – The Kamloops Blazers have nine players that will go to NHL prospects tournaments and camps this week.

Garrett Pilon will head to Washington Capitals camp. The 18-year-old was drafted by the Capitals in the third round of the 2016 NHL Draft.

Connor Ingram will join Pilon at the tournament. The 19-year-old goaltender was selected by the Tampa Bay Lightning in the third round of the 2016 NHL Draft.

The tournament runs from September 17-20 at the Panthers IceDen in Coral Springs, Florida.

Deven Sideroff will join the Anaheim Ducks for a prospects tournament in Colorado. The 19-year-old, who signed with the Ducks in the summer, was a third round pick in the 2015 NHL Draft.

Forwards Rudolfs Balcers and Jermaine Loewen will both be with the San Jose Sharks for rookie prospects camp. Balcers was selected by the Sharks in the fifth round of the 2015 NHL Draft. Loewen is a free agent invite.

The Sharks, Ducks and Colorado Avalanche will participate in a three-day rookie tournament from September 17-19 at the Ice Centre at the Promenade in Westminster, Colorado.

Defenseman Dawson Davidson will attend the Pittsburgh Penguins rookie camp as a free agent invite. The 18-year-old will join the Penguins prospects for a tournament in London, Ontario from September 16-18 at the Budweiser Gardens.

Other teams participating in the tournament include the Montreal Canadiens, Ottawa Senators and Toronto Maple Leafs.

A pair of 20-year-olds in forward Collin Shirley and defenseman Dallas Valentine will compete with the Edmonton Oilers at the YoungStars Classic in Penticton, BC from September 16-19. Both players are free agent invites by the Oilers.

The Oilers prospects will be joined by the Vancouver Canucks, Calgary Flames, and Winnipeg Jets at the event.

To purchase your 2016-17 season tickets, or for other ticketing information, please contact either Sean or Missy at 250-828-1144 or by email at spitts@blazerhockey.com or mcederholm@blazerhockey.com.