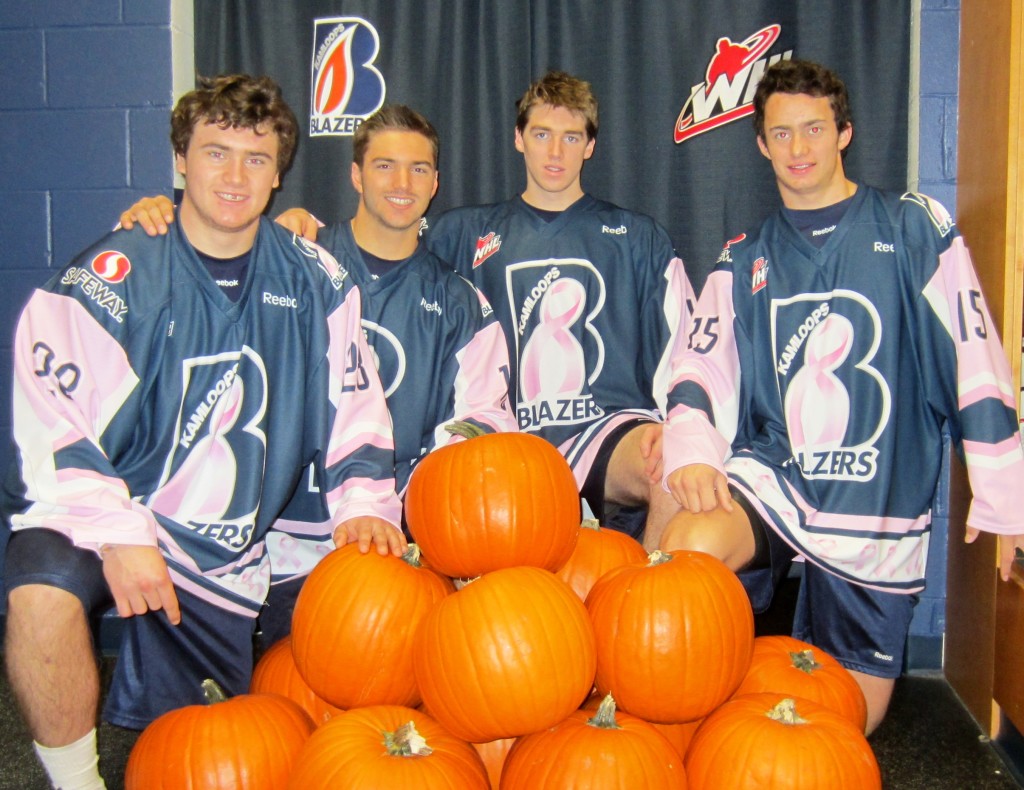 Kamloops, BC – The Kamloops Blazers are hosting their third annual Pink Power Play Night on Friday, October 28th, when the Blazers host the Kelowna Rockets.

The auction closes at 8:00pm PT on Friday, October 28th. Following the game, the Blazers will be presenting the pink jerseys to the highest bidders on the ice. Go to blazerhockey.com for updated bids.

The Blazers will also be drawing the winner of the WestJet flight raffle. All proceeds will be donated to the Canadian Breast Cancer Foundation.

In honour of Halloween, the Blazers will be holding an auction for pumpkins that will be carved by each player.

Safeway, who is the game night sponsor, will be selling cookies and mini sticks in sponsors’ corner.

All the money collected from Friday night’s game will be donated to the Canadian Breast Cancer Foundation.