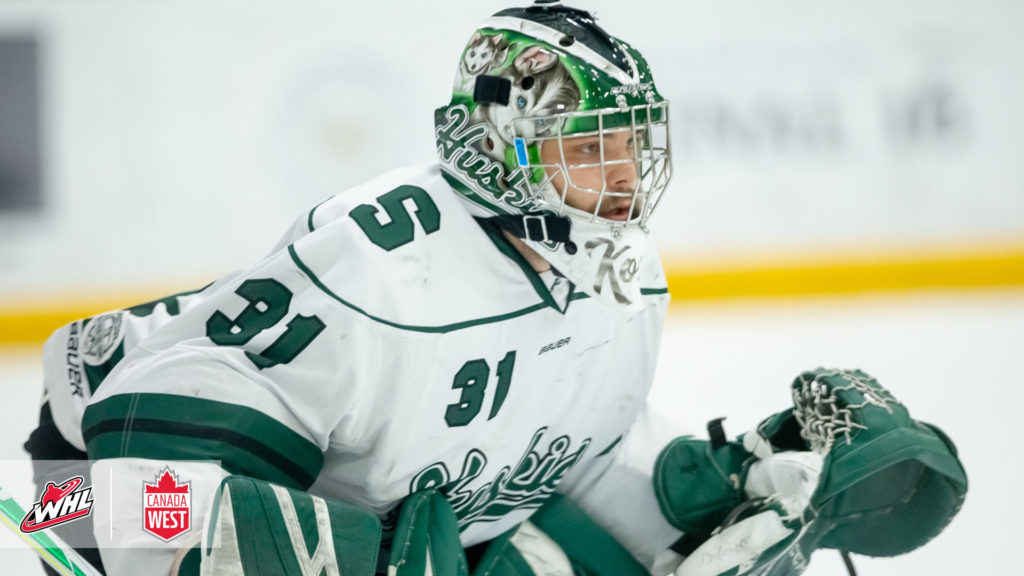 Former Seattle Thunderbirds and Kamloops Blazers goaltender Taran Kozun is a finalist for the Canada West Male Athlete of the Year.

Kozun a product of Nipawin, Sask., backstopped the University of Saskatchewan Huskies to the second-best record in the Canada West conference during the 2019-20 regular season before leading them to their 11th Canada West championship in program history.

In 22 games, Kozun posted a 17-3-2-0 record, 1.87 goals-against average, .931 save percentage and five shutouts. He led all Canada West goaltenders in each of the four aforementioned categories.

Kozun became just the second goalie in Canada West history to score a goal when he found the net against the Calgary Dinos in January 2020. Kozun was also named the Canada West WHL Graduate of the Month for January 2020.

Beginning his WHL career with the Blazers before eventually joining the Thunderbirds, Kozun appeared in 135 WHL regular season games, compiling a 64-52-7-8 record, 2.73 GAA, .912 SV% and 10 shutouts. In the 2014-15 WHL season, Kozun was named the recipient of the Del Wilson Memorial Trophy as the WHL’s Goaltender of the Year while with the Thunderbirds.

Canada West’s Athletes of the Year, which are selected by the conference’s 17 members, will be announced Thursday, May 7 (10 a.m. MT). The CW winners will move forward as nominees for the national awards, as U SPORTS hands out the Lieutenant Governor Athletic Awards on June 26th.

MALE ATHLETE OF THE YEAR – Finalists